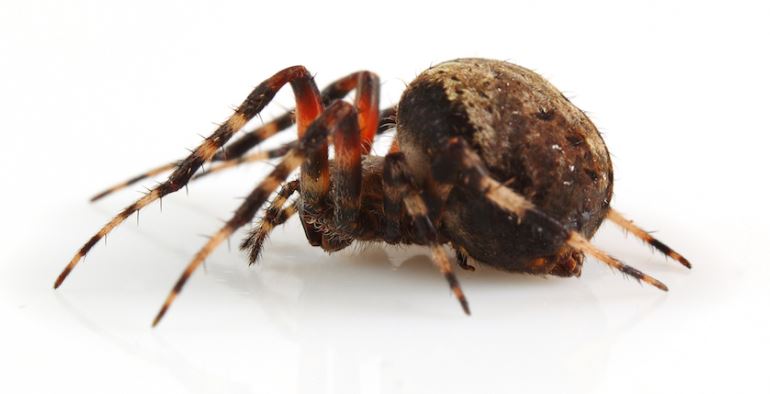 The orb spider is a very common insect in gardens, homesteads, forests and fields. It is known for its impressive circular web it weaves to catch its prey.

Since they can easily be found in homes, orb spider bites may be thought to be dangerous to humans. However, they hardly bite, and when they do, their venom is not toxic to humans.

So, when they bite, what are their symptoms? Can they kill you? Here are pictures for identification and treatment options.

What is an orb spider?

An orb spider represents a group of spiders that belong to different families, live in different places and have different body shapes. For instance, there are:

In general, they hardly bite unless provoked. Orb spiders are non-aggressive. They are therefore not classified as dangerous.

However, they can still bite especially in self-defense. However, they are harmless and their venom is not toxic.

When they bite, symptoms may present but vary from one spider to another. The general symptoms include the following:

Other symptoms include nausea, vomiting, pain in the abdomen, headache, partial loss of control of muscles and increased general discomfort.

The garden spider is brown in color though it can at times be grey. They have a triangular shaped abdomen with humps that you can easily notice on their front side. They may have white or brown color on the edges.

They live in webs that are located in the openings of trees and shrubs. Their webs are large, vertical and large. They build their webs in the evening but destroy them in the morning. The spider spends time lying as it waits for its prey.

The spider become reactive and bite when they sense that something that looks like a prey comes to their web. They know this through sensing the vibration. The moment the spider is sure of the presence of the prey, they bite. After that, they stay back and wait for the instilled venom to take effect.

This therefore implies that once the spider bites you, it leaves the venom circulating in your bloodstream. You hence ought to remedy this within the shortest time possible. These spiders are however in most cases very reluctant to bite.

This is the biggest of all the spider species available. A typical adult spider has a length of about 20 millimeters. Its abdomen is very large with spots that are brown to purple. There are others whose abdomens are white.

The spiders live in trees, shrubs and all the weeds. You will find them in the woodland areas and the banks of rivers and streams. These spiders are not considered very poisonous. It has venom which is not poisonous.

It is good to know that these spiders only bite on rare occasions. This therefore means that they do not pose any threat to humans.

They have eight eyes and despite this, they have poor vision.

In that regard, they don’t depend on their vision to identify and hence bite. They detect vibration and then capture and bite. These spiders are also known to build their webs in the evening and then destroy them come morning.

The bites from these spiders are harmless. This therefore means that you should leave them alone at home. They tend to shy away from any bright light and hence keep in the dark. In most cases, they will die when the weather is not conducive.

The golden orb spider is also known as the banana spider. It stays in deserted places and homes. Its abdomen is yellow hence the name. The female spider is bigger than the male one. The female’s size is about 40 mm while the female one is about 6mm.

When the spider bites, it results in a lot of pain around the bitten area. Despite this, the bite is less severe compared to that of the bee. Interestingly, the bite from the spider is not poisonous and hence no need for panic.

It is said that the bite from the spider is like that used by black widows. It is however less powerful. You will see some redness, blisters, swelling and get some discomfort.

Silver orb spider is a silver colored and oval shaped spider. It has black patterns on its body. It has very long legs with the head having yellow and dark green. The spiders live in tropical areas and very moist areas.

The spiders therefore feed on other microorganisms. They are however able to bite when you interfere their habitats. They will instill venom into your skin once they bite you without them being twisted or caught in the bite.

When bitten by this spider, it will take about 12 hours for the signs to show. The bitten area thereafter becomes red and inflamed. After a period of about 24 hours, some sore will start forming. You will afterwards feel a lot of pain.

Is an orb spider bite poisonous or not?

The best thing you can do is to ensure you avoid any chances of being bitten by spiders. This is because it might not be easy to distinguish between the venomous and non-venomous spiders in the long run.

The moment you are bitten by a spider, the first thing is always to try remain as calm as possible. If you get tensed up, your heart rate is likely to increase. In the long run, the venom will move faster through your blood stream. The bitten area should be as low as possible so that the venom remains localized.