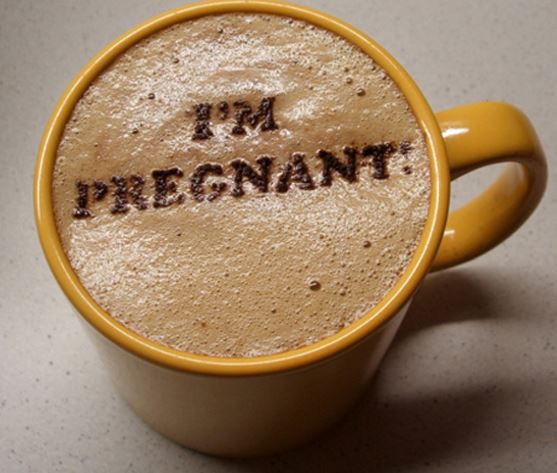 Is drinking coffee while pregnant safe? Is it bad? How much coffee in terms of cups is OK to drink? Can you substitute with decaf coffee? Here’s all you need to know about coffee during pregnancy even in the third trimester.

During pregnancy, many women find themselves in a dilemma, to have or not to have coffee. While they do not want to harm their growing babies, they also find it difficult to let go of their daily coffee.

There are a lot of questions and concerns about what a pregnant woman should or shouldn’t eat.

There are also other concerns about how much coffee should be taken during pregnancy. The bottom line remains that the side effects of coffee in pregnancy outweigh the benefits.

Caffeine is addictive and might lead to serious fetal compromise if intake surpasses the limits.

Caffeine is a naturally-occurring substance found in several plants. It mainly acts on the central nervous system and is usually absorbed into the body 15 minutes after intake.

Most people don’t realize that caffeine is a drug. It is also highly addictive, which is why so many people crave for it.

Additionally, studies have proved that its side effects of drinking coffee while pregnant are much worse. Sources of caffeine include:

Is it safe to drink coffee while pregnant?

Is it safe or OK to drink coffee while pregnant? How much coffee you take in the first trimester, second trimester and third trimester will determine the well-being of your baby.

Too much caffeine in the first trimester has been highly associated with congenital disabilities.

Research has shown that women who took more than 6 cups of coffee in their second and third trimester had increased chances of preterm delivery.

It is advisable that pregnant women limit intake of coffee and also cut down on caffeinated foods. If possible decaf will do you less harm.

How much coffee can you drink when pregnant?

Research carried out by Dr. De-Kun Li on 1000 pregnant women showed that women who consumed 200mg more of caffeine per day had their miscarriage risk thrice as women who didn’t consume any caffeine in any form.

Limiting intake of the mentioned foods will ensure that you do not exceed the recommended amount.

Can you drink decaf coffee while pregnant? The word` decaf’ has misled most pregnant women to think that this type of coffee is free of caffeine. The truth of the matter is that decaffeinated coffee still contains caffeine content ranging from 9mg to 14mg.

Is it bad to have decaf coffee? No, it is safe to drink some decaf coffee because it contains low levels of caffeine, but be very mindful of all other foods.

When you eat a couple of chocolate bars your coffee consumption goes higher than you might have planned for.

Is it OK to drink coffee in the third trimester of pregnancy?

Caffeine is a stimulant. It causes increased heart rate and blood pressure. It also has diuretic properties, meaning that you are likely to pass urine more once you take coffee.

Excessive urination might lead to dehydration which is not good for both you and the baby.

What happens when you drink too much too much caffeine?

Is caffeine bad for the developing fetus? Is it bad to take too much while pregnant? Caffeine poses certain risks during pregnancy. Evidences from research show that, coffee at any amount still affects your growing fetus in one way or another.

Adults can break down caffeine quickly, because of the chemical compounds in the body. However, your developing baby cannot do the same.

This means that caffeine will be stored inside the fetus blood for a longer period and could reach high levels, and even worse if you are drinking too much coffee. Side effects of caffeine to your baby include:

Caffeine is a strong diuretic. It can largely affect the nutrition your baby receives from you.

Also, caffeine might cause you to absorb less iron and calcium from foods, a possibility that your baby’s development will be slowed down as a direct side effect of drinking coffee while pregnant.

This is the main reason as to why you should watch your caffeine intake during pregnancy.

Just as quitting smoking and drinking can be difficult, it might also be hard to eliminate caffeine from your diet.

Caffeine is an addictive drug, so do not be hard on yourself when you start the process. Here are some tips to help you reduce your caffeine intake and ensure that you and your baby stay healthy throughout pregnancy

Most pregnant women, overlook other sources of caffeine that might be adding up to more than your limits. Energy drinks contain so much caffeine, and in most cases, that information is hidden from the consumers.

The best way to cut down is first to note where the caffeine is coming from, how much you consume and at what times of the day do you consume it. Once you make this analysis, it is going to be easier for you to scale back.

Caffeine withdrawal can cause you to experience real problems such as pounding headache, tiredness and inability to concentrate.

This is the reason why you shouldn’t suddenly cut caffeine from your diet. You can cut down by mixing caffeinated coffee with decaf or by adding more water to your coffee maker each time.

If in any case, you are taking three or so cans of soda, try cutting down allowing your body to adjust to your new intake.

It is important that you understand the effects of each extra cup of coffee you take. There are several documented researches which show what time you should take your coffee and when you shouldn’t.

4. Try to replace coffee with other alternatives

There are varieties of herbal tea. You can switch to tea with tasty flavors like cinnamon, pomegranate or cherry berry.

Also, dandelion root coffee contains no caffeine and is made of dried, chopped dandelion roots. All these beverages are rich in coffee without caffeine.

You can also try green tea which has 40mg of caffeine compared to coffee with 100mg a cup.

Instead of drinking a lot of coffee while pregnant, increase your water intake.

Drinking at least eight glasses of water daily is thought to counteract your body’s desire for other less healthy drinks. Also, try and exercise regularly to combat any withdrawal symptoms and stay energized.

Most women would rather not give up coffee during pregnancy, but instead look up for other healthy drinks to help them cut down their caffeine intake.

They also find it easier to drink than eat especially in the first trimester. Well, it is important to drink right for the development and growth of your baby.

Here are top five most nutritious drinks for you and your baby:

Coconut water is a great isotonic drink. It is essential for preventing dehydration and replenishing natural salts in the body. It is advisable to take at least a glass of this drink a day throughout in pregnancy.

A glass of lemon water, especially in the morning, gives a fresh start. It kick-starts your metabolism and prepares your body for proper nutrient absorption.

Lemon also contains vitamin C that replenishes your skin to keep you glowing. Notably, lemon water keeps your appetite high especially those days that you never want to take a bite.

A glass of milk a day can help you stay healthy and fit. Milk comes in variety, and you can take it a smoothie or milkshake.

You can also try butter milk. All these drinks are full of proteins, calcium and vitamin B12 that is vital for growth and development of your unborn baby.

The fact that fruits are good for the body is obvious. Fruit juices are even better because they contain water that is essential too. Be creative and play around with fruits to make the best juices ever.

Vegetables contain fibers, vitamins and other compounds vital for your health as well as that of your baby. If you don’t like cooked vegetables, you can try making juice by even adding some of your favorite fruits.