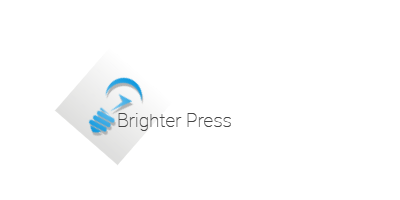 Given all the amount of time that women spend on their monthly periods, many still find it to be mysterious. According to Dr. Lauren Streicher, an associate clinical professor of gynecology and obstetrics at Northwestern University, the average woman spends around ten percent of her entire lifetime on periods. However, many ladies consider the period to be a part of her month to month procedure, and as such, they end up not knowing many important factors about the monthly cycle. Here are a few things women don’t know about their periods.

The modern girl is getting her periods at a younger age

It appears that where the average menstruating age for girls used to be between thirteen and fourteen years old, the modern girl is getting her periods at a much younger age. As of 2014, the average African American girl began menstruating at the age of twelve years. It is believed that this was caused by combination of environmental stress, changing diets, as well as earlier rates of puberty that are being recorded these years.

The latest research trends suggest that there exist a few reasons why girls these days are getting periods at a younger age. According to a 2012 article published in Psychology today, there could be links between the onset of early puberty and inconsistent or inattentive parenting.

Childhood obesity, exposure to chemicals such as BPA, and lower birth weights have all been cited as some of the possible causes of the onset of early menstruation. Several studies have found clinically noteworthy relationships between early menstruation as well as lower socioeconomic status.

Just as there are many factors that cause early menstruation, period abnormality/irregularity is often different for each woman, and at some point in life, it may end up fluctuating. When you have irregular menstruation, it could result in spotting, long, or unusually heavy periods, missed periods, or late periods.

It is something that can be spurred by anything ranging from diet changes, taking certain prescription medication, or significant changes in your weight. Researchers have in particular linked taking anti-psychotic and anti-epileptic drugs to having irregular periods. Eating disorders, malignant of benign tumors and high stress levels are all factors that can cause such symptoms.

According to information provided by the National Health Institute, menstrual irregularities could be triggered by medical conditions such as hyperthryroidism, polycytic ovary syndrome, and poorly controlled diabetes. Additionally, it is not uncommon to have irregular periods pre-menopause and during the adolescent phases of life.

On the average period duration, women emit between two and four tablespoons of blood in the course of their monthly period. Even though this may appear like a lot, because of water retention, many women do not deal with excess blood loss due to having had a heavy flow. However, you should note that during the heavy flow period, the woman is likely to lose more blood than she would during her normal menstruation period. In many cases, heavy menstruation has not been known to pose any serious health concerns to the woman.

Indications of a heavy period will normally include using a high number of tampons or pads, or having to pair two types of protection to prevent flooding your bed sheets or clothes. In most cases, you will find that there is no identifiable cause for having a heavy period, even though there exist a correlation between a number of factors.

Ovary cysts, using intrauterine contraception, and taking blood thinning medications have all been known to increase the amount of blood flowing during your cycle. In addition, emergency contraception administered orally has also been known to cause a heavy period—the heavy period could last for a few weeks, going all the way to a few months.

Your period is visiting, again

Over the last few years, menstruation has been dubbed some very impressive monikers. It is common for women to choose alternative names in a bid to save their spouses or coworkers unintentional embarrassment, hence the hilarious code names that have been used all over the world. In North America for instance, common names include Aunt Flo, Crimson Tide, Shark Week, as well as the rag.

Creative entries in this list include “having the garage painted, “giving birth to a blood diamond,” as well as “my tomato soup is boiling”. All these are monikers that have been used in a bid to get the point across, and without having to provide further explanations.

If you thought that it was bashful to have periods in America, you should consider what women in other countries, or those practicing other faiths have to go through when this time of the month comes around. In certain cultures (Jewish, Islamic, and Hindu) it is somewhat considered ritually unclean to have a period, and the women are not allowed to perform certain duties (religious) such as praying and fasting when they are menstruating.

For instance, the New Testament (Mark 5:24-25) references a passage where Jesus Christ “cured” a woman who was menstruating. Some of these taboos have found their way into their secular world. In a survey conducted in the United States, many respondents in the survey sad that they felt it inappropriate discussing their period in the open/public, especially where there was a mixed group of women and men. Even though this particular survey was conducted in the 1980’s, there is not much to suggest that there have been a shift in societal attitudes within the last three decades.

You have plenty of eggs in your basket (literally)

When the time comes to count the number of eggs present in your proverbial basket, unbelievably, you are born with more eggs than you will ever need in your life. On average, each woman is born with about two million eggs, all of which are at her disposal. When the woman hits her puberty, the number reduces to around forty thousand eggs. Women lose their eggs at different rates—this rate is influenced by factors such as overall productive health and age.

There is an interesting aspect of this egg production cycle that often plays out even before a girl is born by her mother. When the girl is in the fetal stage, she may have as many as seven million eggs, but this number will decline by up-to two-thirds by the time she is delivered. However, given that many women only release between four and five hundred eggs in their entire lifetime, there is no reason for you to fear that you could experience a shortage.

During ovulation, you become sexier

It is a proven fact that men find women who are ovulating to be more attractive. According to a study published in the Psychological Science Journal, it was discovered that the testosterone levels in men soared when they got a whiff of clothing that had been worn by a woman who was ovulating. Conversely, it was established that when they sniffed the clothes of women who were not ovulating, they experienced lower levels of testosterone. The results of this study suggest that there men have a biological urge to mate with women, when the women are at their most fertile.

It has been seen that this principle functions both ways. There is anecdotal evidence that suggests that most women have the urge to do the deed during their ovulation days. It is something that has been supported by science, as studies have shown that women who are in committed and happy relationships are prone to wear clothes that are revealing, and be flirtatious during their ovulation days.