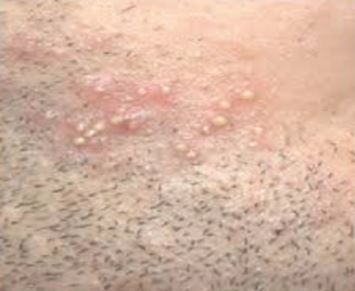 How can I get rid of whiteheads on the vagina? At times, you might get whiteheads or white bumps on the labia that are quite itchy.

Here are the causes, treatment and remedies for white bumps on the pubic area.

Can you get whiteheads on vagina?

Small white bumps can occur on both the labia majora and the labia minora.

The labia is the visible outside part of the vagina. It has two parts namely the labia majora which is the larger outside part. The labia minora consists of the inner folds of skin between the outer labia lips. Both types of labia are referred to as vaginal lips.

In most women, the whiteheads will appear on the labia after an incident which introduces irritants to the vaginal area.

During normal times, the labia will rarely have the whiteheads or any other problems. While the vaginal pimples are often harmless, you may need to see a doctor if the pimple grows and becomes a boil.

Whiteheads on labia or white bumps on the vagina can be due to many different reasons such as pimples, hormonal changes, folliculitis, dermatitis etc.

Pimples in the genital area can be due to infection of the hair follicles by bacteria. Folliculitis is the case whereby the hair grows from a follicle but its head grows back towards the skin.

When it makes contact with the skin, it will cause irritation and vaginal pimples are the likely result. In some cases, the heads of the hairs grow into the skin causing further irritation.

In such a case, it is called ingrown hair.

Folliculitis can also be caused by shaving and waxing in what are called razor bumps. Besides the whiteheads, a rough razor can also cause;

Folliculitis is common on the legs, beard, buttocks, back, arms and other areas of the body. It can be equally caused by bacteria, yeast and a specific fungus.

The most obvious sign of folliculitis is a red pimple with a hair in its center. When the pimple is broken up, it may release pus or blood or both. At times, the pimple may be filled with a bit of a clear liquid.

While the folliculitis can go away on its own after a fortnight, it may need the use of a warm compress or medicated shampoo if it goes out of hand. If you have fever, the folliculitis keeps coming back, or the affected area becomes swollen, see your doctor immediately.

Molluscum contagiosum can be transmitted from one person to the other through direct contact with the wound, or through a contaminated item such as a towel or cloth.

The particular symptoms of this disease include small bumps that have the following traits;

These bumps are often resistant to medication and will go away on their own. While they remain at about 2 to be millimeters, they can be as large as 15 millimeters. This later case can occur if the individual has a weak immune system and will require the intervention of a medical doctor.

Molluscum contagiosum can be caused and transmitted in various ways including the following;

The factors that make one likely to have this disease include;

Knowing these facts about this disease, it is easy to keep infection from it at bay. If you need the bumps caused by molluscum contagiosum removed, there are many ways of doing that as described in the remedies to vaginal pimples.

The best candidates for treatment include those who are in fear of spreading the infection or have another disease such as atopic dermatitis.

Another name for hidradenitis suppurativa is acne inversa. It is a condition affecting the sweat glands. It is a rare inflammatory condition known to cause pimple-like lesions on the body. Boils are also a likely to occur when you have this disease.

Hidradenitis suppurativa often occurs in areas where the skin rubs against another part of the body such as the groin or armpits. When the lesions heal, they may leave scars on the affected areas.

Other symptoms of hidradenitis suppurativa

The whiteheads on vagina caused by this disease will occur in various areas including the;

When the disease has broken out, the symptoms will include;

The disease may become worse when one has some conditions such as;

If you do not treat the disease, chances are that it will escalate into;

You are likely to get this disease if you are;

At times, the vaginal whiteheads on your skin can be due to yeast infections. Yeast is caused by the fungus Candida albicans.

Although about 50 percent of women already have yeast in their vagina area, the yeast is in controlled amounts. Only when it runs out hand does it exhibit any symptoms.

Some of the symptoms of a yeast infection include;

When the walls of the vagina are injured by procedures such as chemotherapy, the yeast will find it easy to grow and spread. A weak immunity will have the same effect of allowing the yeast to spread.

When you are diabetic, are taking oral contraceptives or are pregnant, your chances of having yeast attacks are very high. Also, using perfumed vaginal hygiene sprays or douches will have the same effect of increasing the likelihood of causing vaginal yeast.

When you have vaginal yeast from sexual intercourse, it will be an STD (sexually transmitted disease).

Fordyce spots are harmless as they are simply oil glands that have been enlarged. While the normal oil glands (sebaceous glands) are located at the hair follicle, Fordyce spots appear where there are no hairs either alone or as a group.

These types of pimples are between 1 to 3 millimeters in size and they range from a flesh, reddish or yellow color. While they will rarely bleed during intercourse, these spots are not infectious, itchy or painful in any way.

Fordyce spots are not caused by anything since they are a natural part of your anatomy. They will often appear at puberty although most people are born with them.

The spots can be removed through various methods including laser surgery, chemical cauterization, topical treatments, and micro-punch surgery.

How to prevent the spread of vaginal pimples

If you have vaginal whiteheads, they may spread to other parts of the body depending on their cause. To prevent that, you can practice the following routines.

How to get rid of whiteheads on labia lips

Depending on the cause of the whitehead pimples on the labia, there are several methods that can be used to get rid of them. They include;

Repeat treatment is also used recommended if the bumps keep coming back. It is important to see a doctor since some white spots on the vaginal area may be caused by STDs, herpes (HPV), vaginal sores and other infections.