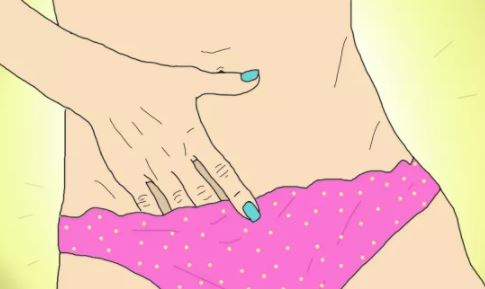 Feeling pressure in the vagina or pelvic region as a whole can be a sign of many different things. It can be due to a disease, a pregnancy or other causes all of which shall be dealt with in this article.

What is vaginal pressure?

Pelvic pressure, at times referred to as vaginal pressure, is a feeling of discomfort, fullness or heaviness around the pelvic region. It is different from abdominal pain given that it occurs lower than abdominal pressure.

The cause of vaginal pressure will be identified by focusing on the other symptoms it has whether from a disease or a pregnancy.

Causes of pressure in the vaginal area

What causes pressure down there?

The causes of pressure in the vagina or the pelvic area are many. Identification of the specific cause will require gathering all the other signs and symptoms of this issue with a focus on finding a cure for it.

Even with that, the pressure may not need any solution as the case is during a pregnancy.

The most common causes of pressure in the vaginal area include;

Shingles are blisters that appear on the body mostly on one side. They are caused by the varicella-zoster virus. This is the same virus that causes chickenpox and, after infecting the body with this disease.

The virus will live in the body then be triggered by an event mostly in the nervous system.

Among the symptoms of shingles are;

Cancer of the uterus is also known to increase the level of pressure you may feel in the abdomen. Besides this type of pelvic pressure, the other symptoms for uterine cancer include;

You are likely to have premature labor if you have multiple births, have had a preterm labor before, and have a problem with your reproductive system. Among the signs of preterm labor include;

If you notice a group of these symptoms, make sure you call your doctor.

4. Foreign object in the vagina or cervix

A pelvic inflammatory disease is a group of symptoms which generally lead to a discomfort in the pelvic region. The causes of this condition are many and include diseases and irritation of the female reproductive system.

Sexually transmitted diseases and douching are among the most known causes of the pelvic inflammatory disease.

Gonorrhea is one of the most lethal sexually transmitted diseases as it affects all areas of the body that are moist and warm. That includes the urethra, anus, eyes, vagina, throat and the whole of the female reproductive system.

Cancer of the endometrium affects the inside lining of the uterus. It is an easy cancer to spot given that it produces symptoms that are quite uncomfortable and easy to tell apart. Like all types of cancer, its cause is not known as such.

The symptoms of endometrial cancer include;

Chlamydia is a sexually transmitted disease which affects both sexes but has severe symptoms in women compared to men. If not treated, chlamydia can cause infertility and ectopic pregnancies.

The symptoms of chlamydia include;

Trichomoniasis, often simply referred to as trich, is a sexually transmitted disease caused by the protozoa Trichomonas vaginalis. It affects the lower vaginal region including the urethra, cervix, vagina and the vulva.

Although a very common sexually transmitted disease, it is quite difficult to identify it given that only about a third of those with trichomoniasis will exhibit any symptoms. Among the symptoms are;

The symptoms of vaginitis include;

An infection of the urinary tract will affect the urethra, the bladder and may eventually reach the kidney if left untreated. These infections can be caused by many factors including sexual intercourse and wiping the wrong way after relieving yourself.

Among the symptoms of a urinary tract infection include;

Cervicitis is the inflammation of the cervix. It is often caused by sexually transmitted diseases such as;

While cervicitis does not have symptoms until it is really advanced, the symptoms include;

While it can be spread through sexual intercourse, vaginal yeast infection is not classified as a sexually transmitted disease. It is also common given that, at any moment, you have yeast and bacteria in your vagina.

It only requires an imbalance in the vaginal conditions for the yeast to go out of hand to cause symptoms.

The symptoms of yeast infections include;

The yeast infection will have these symptoms when they grow out of control. The factors that may lead to such a situation include;

Having pressure in the vaginal area during your pregnancy can be a sign of labor. Although the pressure on the vagina increases as the baby grows in size, the one which signifies labor will be different from the normal one and will be accompanied by other signs of labor.

However, the vaginal pressure during pregnancy should not worry you unless accompanied by other signs. Whether it is preterm labor or the right time has come, always call your doctor when you experience the signs of labor.

Pelvic pressure in the third trimester

The third and last trimester of your pregnancy is when you expect your baby. Some of the signs of your baby coming especially after the 37th week is the increase in the pressure in the pelvic region.

This increase can start way before the 37th week but, ideally, your baby will be born between the 37th and 40th weeks of your pregnancy.

Pressure down there and not pregnant

If you have pressure in the vaginal area but are not pregnant, it could be one of the many other causes. These include diseases and physical causes such as foreign objects in the vagina.

Pressure in pelvic area but not pregnant

Pressure in the pelvic region when you are not pregnant leaves you with some options such as;

Given that a week to your next period you could have become pregnant, it is easy to point out that you could be having a baby in its early development.

Do not be quick to conclude that you are pregnant. Look for the other early signs of a pregnancy including;