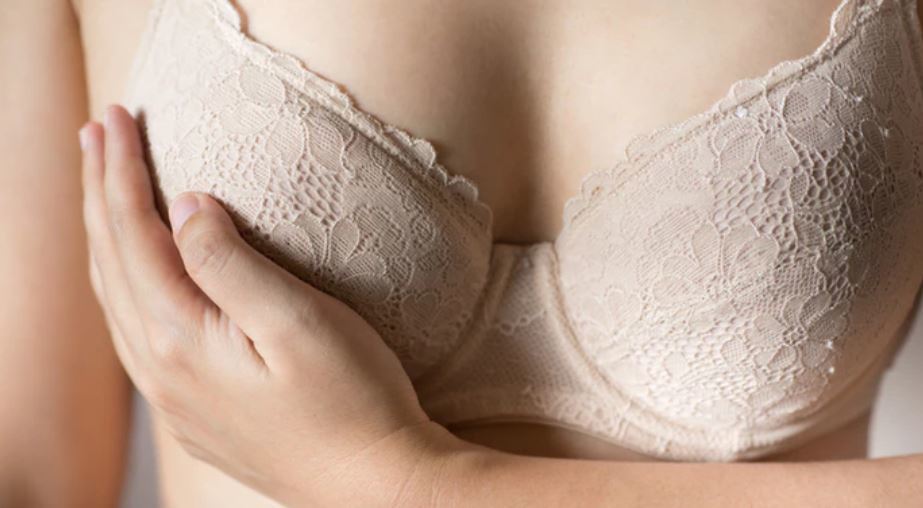 In most cases, itching around nipples is not a serious issue but such may make a you quite uncomfortable. It’s never easy to deal with irritation in the breast area especially when you are in a public place.

Most women with itchy nipples tend to assume its breast cancer. Sudden nipple inversion should raise the alarm, so anything else you feel such as a random itch, tingle or drip is most likely nothing to worry about.

Sometimes irritation is as a result of a skin condition. It can also be as a result of pregnancy. There are several reasons why your nipple could be itchy.

There are many causes of skin itching around your nipples. Here are some of the most common causes:

One of the causes of nipple itch is dryness or a dry skin condition called eczema. Eczema varies between individuals, ranging from skin that is dry, scaly, red and itchy in some people, to crusting and bleeding in others.

This skin condition is often caused by a bacterium called staphylococcus aureus, which worsens it and makes it resistant to treatment. However, topical steroids and other prescribed ointments and creams will help relieve the itchy dry nipple.

During pregnancy, itching is often a common occurrence. The primary cause of this during early pregnancy is the stretching skin on the breasts due to the increasing size of the breasts. This happens as the breasts prepare to meet the demand of the baby after birth.

Breast increase in size often leads to a formation of stretch marks as well.  Nipple itchiness becomes worse in the third trimester as the breasts become very big by this stage. The sensitivity of the nipples may also increase causing the breasts to become sore even as the hormones build up in the body.

This is a common condition experienced by athletics or those who do heavy exercises and workouts. The nipple often chafes against the clothing during physical activity. The symptoms of the jogger’s nipple include irritation, soreness, redness of the skin and excessive dryness.

If proper moisturizing is not done, the nipples might crack and bleed.  Consider using a petroleum jelly on the nipple or a surgical tape to prevent frictional harm during your workouts.

This is a rare type of breast cancer, affecting one or two women out of every 100 with breast cancer. It presents with eczema-like symptoms and appears as a red rash on the nipple or the surrounding areolar. It is sometimes combined with an itchy or burning sensation.

There may be bleeding and discharge from the nipple. The symptoms are sometimes not conclusive proof of Paget’s disease and can be confused with eczema. It is therefore important to seek medical advice.

Mastitis is the infection of the breast tissue that results in swelling and redness. It may lead to an abscess when not treated. Mastitis is common with breastfeeding women, simply occurring when the bacteria from the baby’s mouth get into the breast.

Mastitis can also occur when the milk-carrying ducts become blocked. Milk then builds up within the breast tissue and may result in infection. If not treated, it might lead to the formation of breast abscess.

An abscess is a localized collection of pus within the breast tissue. Severe cases of mastitis can be fatal when not treated promptly. Symptoms include:

Is it normal to have your breast and nipples itchy before your period? This is one of the most common premenstrual symptoms occurring 1 to 2 weeks before your period starts. Usually, at this time the hormones are fluctuating and leading to several changes in the body.

The symptom usually clears on its own after you start bleeding. Having nipple itchy after menstruation is not normal. It might be a sign of a serious underlying problem. It is advisable that you seek medical attention.

Pregnancy comes with both physical and hormonal changes to the body. Can itchy nipple be an early sign of pregnancy? Tender or itchiness in the breast is expected a week after implantation has taken place.

Hormonal changes are intense in the first trimester and also as the woman adds weight in pregnancy, the accumulation of fat in the breast may also be a cause.

During the first and second trimester, there is a lot of milk-formation producing cells and milk ducts, a second reason why you are experiencing persistent nipple itch.

Sore breasts but not pregnant

If you experience sore nipples and not pregnant, chances are you are ovulating. During the egg release from the ovary, the pregnancy hormones increase in levels in preparation for implantation.

Other causes of nipple soreness after a negative pregnancy test could be a sign of underlying health problem. In such an instance you should visit your doctor for detailed examinations.

Majority of the women feed their infants through breastfeeding. There are so many good benefits of breast milk compared to formulas. Thus it becomes hectic when one cannot breastfeed their baby due to the pain and itchiness in the breast.

The main cause of itching during breastfeeding is yeast infection caused by the baby’s oral thrush. To diagnose a yeast infection on the nipple, check your baby for white coating in the mouth and tongue. You can also look for white raised bumps inside the mouth.

A thrush infection is caused by a fungus called candida albican. The infection is more common in children than adults. Your pediatrician may prescribe anti-fungal medications for your baby. To reduce your pain and inflammation, medications may also be prescribed.

Could it be breast cancer?

How to relief itching at home

Irritated breasts can cause you to go through embarrassing moments. Using chemicals over delicate breast tissue might result in serious effects.  Natural treatments are most effective to manage your nipple itch. Here are the top five remedies you can try at home to get rid of itchy nipples:

One of the best remedies used to treat skin itching and dryness is coconut oil. It contains specific anti-acids that are easily absorbed to moisturize the skin.

Coconut oil is both anti-fungal and anti-inflammatory. For this reason, it can be used to get rid of nipple itch and painful bumps on the breast skin.

Baking soda is crystalline although it appears as a fine powder. It is alkaline and contains anti-bacterial, anti-fungal and anti-inflammatory benefits. This natural treatment is effective when used for short periods because it has the potential to damage your skin when used for long.

How to use as a remedy:

Vinegar is another natural treatment for itchy nipples. It is also a good cleansing compound because of its antiseptic properties.

How to use this remedy:

To prevent your skin from drying, always make sure it is moisturized. Oatmeal contains one of the best natural treatments for dry skin.

Avoid bathing in hot showers for a longer time. This will make your skin drier, thereby increasing itchiness. If you prefer bathing in warm showers, then avoid the continuous flow of water over the nipples. You are advised to just wipe your breast using a cloth soaked in cold water.