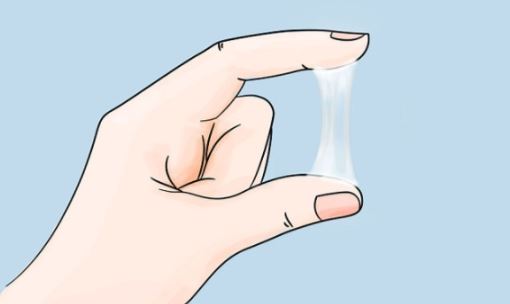 Cervical secretion is a naturally- occurring process in a woman. The reproductive hormones, progesterone, and estrogen influence cervical mucus production throughout the menstrual cycle.

However, cervical mucus is not the same throughout the cycle; it is bound to change color, consistency, and amount.

What is cervical mucus?

This is a discharge from the cervix through the vagina occurring on a daily basis in women of reproductive age. All women do not have the same amount of cervical mucus.

The amount of cervical mucus a woman produces depends on the level of estrogen in her body.

Immediately after your period, you will notice that your vagina will be dry or will have some mucus. After 4-5days, some mucus will show up and will be sticky-white for a period of about 8 days.

As you get closer to ovulation, your body produces a lot of cervical mucus. The mucus is usually white or creamy.

A day or two before the egg is released from the ovary, the cervical mucus becomes stretchy and increases in amount. It will look like the egg white, a sign you are approaching fertility

During ovulation, cervical production is at peak. The color of the discharge usually resembles an egg white. It increases and becomes more watery.

This mucus is necessary for conception to occur. It mainly protects the sperm in the acidic environment of the vagina and propels it towards the fallopian tube for fertilization.

Majority of women notice a creamy-white discharge after implantation which occurs 6-12 days after ovulation. It may or not be mixed with some blood as a result of implantation bleeding.

If no bleeding occurs you could still be pregnant, not all women experience implantation bleeding.

In case no fertilization took place, the cervical mucus returns to its dry state, and gets sticky until the beginning of another cycle.

Changes in cervical mucus after conception

Here are the changes in cervical mucus after conception:

Before pregnancy, the cervical mucus produced by the cervical glands is whitish or clear and jelly-like. The discharge is also odorless. The mucus production is regulated by the menstrual cycle hormones, progesterone, and estrogen.

Immediately after conception, the egg white discharge is seen for some time because the levels of estrogen are quite high at this time.

Three days after conception, estrogen levels decrease, and progesterone levels increase. With the influence of progesterone, the cervical mucus begins to thicken.

During the first week of pregnancy, even before a missed period, spotting could occur. Bleeding or spotting is due to egg embedment into the uterine wall which results in injury to small vessels hence bleeding.

So do not be worried when you notice a bloody discharge, it usually lasts for about 1-2 days.

The hormone progesterone is also known as the pregnancy hormone is produced in high levels after conception and successful implantation. Progesterone enhances vascular supply hence swelling of the uterus and cervical glands.

The cervix enlarges within the first 2 weeks after conception leading to thickening of the cervical mucus plug. The mucus layer is made thick to provide both pathological and mechanical protection to the growing fetus.

Because of the increased hormonal activity after conception, there is increased cervical fluid production. The hormone progesterone leads to continuous secretion of cervical mucus to clean and maintain the wetness of the vagina.

For a majority of women, the mucus discharge stops some weeks after conception. The discharge dries up because a mucus plug forms at the cervical opening to offer the growing fetus protection.

You may have some cervical mucus depending on the hormonal activity in your body.

Other signs of conception

There are other several symptoms and signs of conception other than changes in cervical mucus. Even though the best way to truly know that conception has occurred is by having a pregnancy test, you could also look out for the following symptoms of pregnancy:

Spotting may occur a few days before missed period. It is often one of the early pregnancy signs that majority of women relate to. It usually occurs 10-12 days post ovulation, and for this reason, most women confuse it with their period.

The breasts become tender as a result of estrogen effects. Estrogen leads to slow movement of water in the soft tissues hence retention.

As a result, the breasts become tingling, full and warm due to the pressure of the fluids in the tissues.

The hormonal changes in the body might make you feel a bit sluggish and lazier than you normally are. There are a lot of activities going on in the body during the first weeks of pregnancy. This should explain the tiredness.

You are likely to experience cramping when the egg burrows into the endometrium for implantation. The process lasts less than 2 days but could result in bloating, cramping and pain in the lower back segment

Nausea and vomiting are one of the most reported pregnancies symptoms of early pregnancy. Nausea is normal after 3 weeks of conception.

You might notice that you are visiting the toilet more often than before. During pregnancy, the hormone progesterone causes smooth muscle relaxation. It is because of this effect that your urge to urinate is increased.

Research claims that mood swings during pregnancy is a result of hormonal changes that highly affect the neurotransmitters in the brain.

Mood swings vary, some women may feel depressed and anxious, while others may feel happy and elevated.

A missed period happens to be the most common pregnancy sign provoking the need for a pregnancy test. After successful implantation, ovulation seizes and you do not expect to have your period again until after birth.