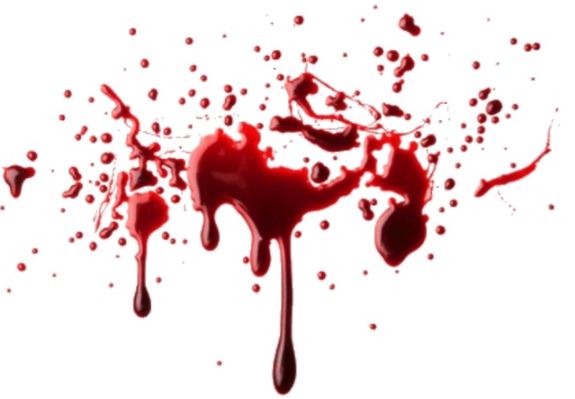 Spotting and discharge are a regular and normal part of a menstrual cycle. Even so, when should you be worried of your discharge?

There are a few incidences where you need to visit your doctor as soon as possible. A thick bloody discharge that is not period can be worrying.

In some cases, it can be caused by a late period, which may not be worrying at all. However, problems like a severe yeast infection can also make you have a similar symptom.

The same can occur after sex, before period or even afterwards. So, why is your vaginal mucus blood tinged?

There are several causes of bloody discharge aside from your period. However, some of the factors leading to the discharge are just normal. It is important that you know when to raise an alarm concerning your discharge.

You are expected to have bloody- brownish discharge a day or two after your period. This is simply as a result of the vagina expelling remained blood from the cervix.

The remains of the endometrium may be expelled as a bloody discharge or just as a dark- brownish discharge that is thick with a slight odor.

The discharge is never a cause for concern; it clears off within a few days. After some days, your discharge will slowly become clear like an egg white.

There are several factors leading to blood-tinged discharge during pregnancy as below:

The main cause of this discharge in early pregnancy is implantation bleeding. Implantation is the burrowing of an egg to the inner layers of the uterus.

The process usually takes about two days and could result in cramps and lower back pain.

As the egg implants itself in the uterus, it injures some small delicate blood vessels causing bleeding. Implantation bleeding lasts for about 2-3 days and is usually lighter than your period.

The discharge does not usually consist of clots as seen in your period.

After fertilization, the ovum takes approximately 10 days to move from the fallopian tubes to the uterus. For this reason, implantation spotting is likely to occur some days before your due period.

When this happens, many women always think that their period is early, only to realize much later that they are pregnant.

Another possible cause of spotting in pregnancy is a miscarriage. During a miscarriage, the discharge may be thin, thick or even mucus-like. Miscarriage usually occurs during the first trimester of pregnancy.

A miscarriage is usually accompanied by lower back pain and abdominal cramping. This type of cramping may be confused with premenstrual syndrome especially by those women who are not aware of their pregnancy in the first trimester.

A miscarriage may also lead to nausea, vomiting, and headache because of the sudden hormonal fluctuations. Bleeding during a miscarriage is often accompanied by dark or red clots.

It is important that you visit your doctor immediately when you see such a discharge, it could be a threatened miscarriage, and your baby could have a chance of survival, but only if you act quick.

In early pregnancy, due to the high levels of the hormone progesterone, the cervical mucus thickens forming what is called a mucus plug.

The mucus plug forms at the opening of the cervix to provide both pathological and mechanical protection to the growing fetus.

`Show’ is a word used to refer to bloody discharge before or during labor. The show is a sign that the process of birth is underway. However, it is not guaranteed that you will give birth the same day. You may experience the discharge for a while with increasing contractions.

Lochia is a term used to refer to post-delivery discharge. Every woman bleeds during delivery, which is normal. Bleeding during birth is as a result of placental separation from the blood vessels in the endometrium.

Lochia consists of blood, which looks like a normal period. Lochia may take about a week to clear off. In some instances, it may come out as a gush accompanied by clots. After about 3 days post- delivery, your lochia will change color to pink.

After about 12 days after delivery, the lochia will again change color from pink to white. You should immediately contact your doctor if your lochia does not follow the above sequence, or is taking longer than expected.

Bleeding after sex could occur immediately or after a few hours. The discharge is usually thin and may have a slight bloody odor. About 60 percent of women experience post-coital bleeding as a result of trauma to the soft tissues during sex.

While the other 40 percent bleed due to either one or two of the following factors:

Also known as inter-menstrual bleeding, bloody discharge between periods is not related to post sex bleeding. This usually occurs at any time during a menstrual cycle other than during your period.

Usually, the discharge comprises a small amount of blood mixed with milky or normal vaginal discharge. There are several causes of inter-menstrual bleeding. The most common include:

Bleeding may occur when you are new to a contraceptive or as a result of changing from one contraceptive to another. This type of bleeding is known as breakthrough bleeding.

Breakthrough bleeding is mainly as a result of a combined contraceptive pill or use of an intrauterine device (IUD).

Blood spots in vaginal mucus as a result of contraceptive is caused by hormonal imbalance. Your body is likely to react to the new hormones introduced in the name of contraceptives.

It is normal to experience this bleeding for the first three months of contraceptive use.

The following are other causes of the discharge:

Vaginal infections are a serious cause of abnormal bleeding. The common cause of infections includes yeast, bacteria, and viruses. Sexually transmitted infections such as vaginitis and gonorrhea can cause intermenstrual bleeding.

In case of an infection, the discharge will be thicker with a foul smell. Other symptoms may include vaginal itching, redness, and burning sensation during urination.

Additionally, you might experience abdominal cramping and elevated body temperature. Do not hesitate to visit your doctor for test and evaluations when this happens.

While it is important to visit your doctor when you experience abnormal discharge, it is also essential to know how you can prevent abnormal discharge beforehand. Here are some tips to help you prevent, treat and keep off recurring discharge:

Vaginal bleeding can be caused by both irritations and infections. It is vital that you avoid harsh perfumes and lotions that could be causing vaginal irritations.

Your vagina is made up of soft, delicate tissues that can bleed with slight product allergies.

One cause of abnormal discharge is infections.  Most of the vaginal infections are sexually transmitted.  It is advisable to use condoms when having intercourse with a new partner or when having sex with multiple partners.

You can also talk to your partner about testing and start treatment if you suspect that both of you could be infected.

Birth controls that a hormonal-based may cause hormonal imbalance, hence could lead to heavy bleeding.  If for instance, your birth control is the cause of your abnormal bleeding, you need to consult your doctor immediately

There are several non-hormonal contraceptives that your doctor could recommend for you.

Unhealthy eating may lead to endocrine problems that eventually cause hormonal imbalance. To avoid this, you need to do the following to maintain a healthy lifestyle

If you have any challenges with maintaining a healthy lifestyle, you can consult your nutritionist to help you come up with a meal plan. There is no better way to keep your hormones in check rather than by eating healthy.

Bloody discharge may not always be a cause of concern.  However, if you notice anything abnormal with your vaginal discharge, you are advised to visit your doctor immediately.

Being sure that there are no underlying medical issues is essential and part of taking your health seriously.