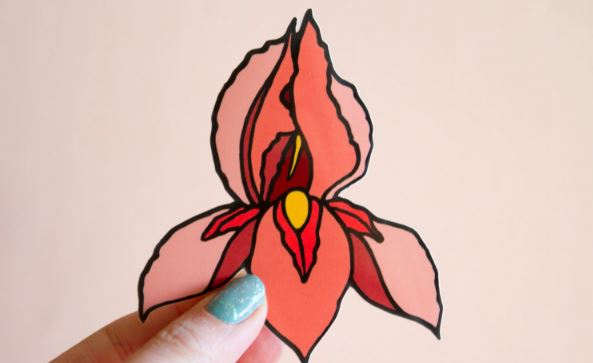 The color, texture and odor of your cervical mucus and vaginal fluid can tell a lot about your health. While you may be used to light yellow, blood tinged and odorless fluid, one that smells sweet can be a source of worry.

But what does it mean especially when it occurs just before and/or after your menstruation? Is it a sign of pregnancy?

A change in vaginal odor is brought about by various reasons. Here’s what it means and when you should see a doctor.

Why do I have a sweet smelling discharge? At any time, there are healthy bacteria in the vagina together with yeast. These two coexist by keeping the other one in check. Overgrowth of either one of them will cause a disease and symptoms on the body.

Among the causes of the imbalance in the vagina that can lead to the lactobacillus bacteria to grow and release the sweet smell in vaginal discharge include the following:

When the level of blood sugar is higher than normal, you could observe a sweet smelling discharge from the vagina.

The case is this way given that the yeast in your vagina often feed on sugar and produce a sweet smell in the process.

When you feed on foods and drinks that are sugary or have a high carbohydrate level, you will be likely come across this sweet smell.

Hormones play an instrumental role in the type, thickness, color and smell of the vaginal discharge. When you are aroused, for example, your body produces pheromones which attract your partner. In women, the pheromones are sweet and fruity in nature.

These pheromones will be found in all the major bodily fluids such as sweat and your vaginal discharge.

You may also observe their sweet scent in the main stages of pregnancy from early pregnancy, during the pregnancy and even for a short while after your baby is born.

Some fruits when eaten can lead to the sweet smell in vaginal discharge especially those of the citrus family. These include:

If the smell you are observing is from eating of fruits, you shouldn’t worry about it given that it is a healthy sign.

The sweet smelling vaginal discharge can also be noted around your ovulation time. It may indicate various aspects.

Given that ovulation is the release of a mature egg from the ovaries in the fallopian tubes, it is also under the control of hormones in the body like all bodily processes.

These same hormones cause a change in the vagina and may lead to observable changes such as smell, color and consistency of the discharge during ovulation.

You may thus have the sweet smelling discharge during your ovulation time (2 weeks after your period) mainly due to the hormonal changes that occur in the body.

Besides your diet, you may experience the change in the smell of your vagina due to the acidity of this area during ovulation.

This sweet smell is often used as a sign of ovulation or fertility by a good number of people since it appears around the time you are most fertile.

You will know you are ovulating if, midway your menstrual cycle, you see the following signs:

As your body prepares for a period, the level of acidity in the vagina will go down due to the changes that occur in the hormones.

This reduction in the acidity may lead to the overgrowth of yeast to a certain extent. Although the discharge from yeast is known to be odorless, it may have a slightly sweet smell to it.

The change in the acidity of the vagina is not enough to cause yeast infections although it can occur. You may have realized that you are more susceptible to yeast infections during your period.

The pH level before and during your period will go up to 7.4 which is alkaline in nature. Normally, the pH of the vagina is between 3.8 and 4.5, which is acidic in nature.

Unless you exhibit the symptoms of a yeast infection during your period, you need not worry about this smell. The symptoms include:

If this occurs together with the sweet smell, see a doctor.

Sweet scent in discharge after period

When your period comes to an end, the level of acidity in the vagina will once again go up. This decrease in the pH levels works in favor of the healthy bacteria lactobacillus and against the yeast present in the vagina.

The bacteria, being of the same family as those found in yogurt, will lead to the sweet smelling discharge from the vagina.

Again, if there are no symptoms of a disease, you shouldn’t worry about it since the increase in the acidity of the vagina is what you need.

The sweet smell from the vagina can also be a part of your pregnancy. The reason for the sweet scent is the hormonal change that occurs in the body.

The scent is usually caused by the presence of pheromones which are chemicals that produced by animals to change the behavior of others.

In women, these chemicals are produced in response to men and motherhood as a whole. As such, you will produce pheromones during pregnancy and when sexually aroused.

This sweet smell will be observable in the early stages of your pregnancy, during the pregnancy and for a while after you have given birth.

Most often, your body will start immediately preparing for motherhood as early as when you are about to ovulate. When fertilization occurs, it will be on full gear starting motherhood.

You will thus have the symptoms of a pregnancy as early as a week to your period. These include a sweet smelling discharge and other signs such as:

How to get rid of the smell

There are several ways you can do away with the sweet smell in your vaginal discharge. However, most of these methods will work only when you are sure it is not an infection or other issue but the natural odor of the vagina. They include:

When eaten on a daily basis, garlic will eliminate any yeast and bacteria that has grown out of hand. If the source of the smell is the microorganisms, it will be eliminated.

Hormonal birth control is medication aimed at controlling the hormones since they are responsible for the change in the vaginal discharges and other things.

Always a good thing to hear since watching your diet determines a lot in your body.

Reduce the amount of citrus fruits you eat and observe the changes.

At times, the smell comes and goes as is the case during ovulation and your period. It will go away on its own after a while.

Use mild soap with clean water when cleaning your vaginal area and avoid douching or using wipes and perfumed products.

If the sweet smell occurs about the time you expect your period, you should take a pregnancy test given that it could be a sign of a pregnancy.

Even when the result is negative, repeat the same a week after the date you expected to see your period especially if you missed the period.

You should see a doctor in the following cases when having the sweet smelling discharge: