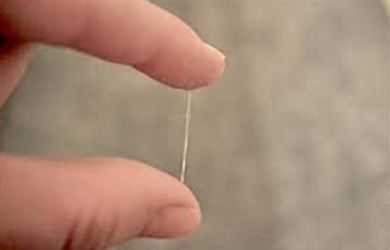 The kind of cervical mucus you will have will determine your level of fertility. A watery mucus in the cervix will appear at certain times of the menstrual cycle. In general, this watery kind of cervical fluid is a sign that you are fertile at that time.

What is watery CM?

When the phrase ‘watery cervical mucus’ is used, it refers to a thin and clear type of mucus from the vagina. It is slippery and has the consistency of an egg-white.

An egg-white is the clear (or slightly yellow) part of an egg when it is raw. It is referred to as white since it turns white when the egg is boiled or cooked.

This type of fluid is also alkaline in nature compared to the rest of the vagina. Normally, the vagina is acidic.

This kind of fluid is stretchy when held between the fingers. You should differentiate it from the sticky kind of fluid which often appears in the first quarter of your menstrual cycle.

In the early days of your pregnancy, a watery cervical mucus is a common case. Indeed, it is one of the signs of an early pregnancy.

Normally, this kind of cervical fluid is slightly white and has a mild odor to it.

As the pregnancy progresses, this fluid will increase in amount and peak off about midway the pregnancy. It is referred to as leucorrhea and a common part of a pregnancy.

Leucorrhea isn’t anything to worry about given that it is the body’s way of getting rid of dead cells and excess fluid. If you have too much of it and you don’t have any symptoms, you can use some home remedies to reduce it.

A thin watery mucus is fertile depending on when it appears in your menstrual cycle.

When you are ovulating, the cervical fluid will be watery until after a few days when the process has come to an end. During this stage, a mature egg will be released by the ovaries to start traveling towards the uterus.

The release of the egg is naturally expected to be accompanied by fertilization by a sperm. Fertilization occurs when the egg is still in the fallopian tube.

For fertilization to occur, conditions have to be just right. One of the conditions that have to be right is the type of mucus in the vagina and the cervix. It has to increase your chances of conception.

For the sperm to move from the vagina all the way to the fallopian tube for fertilization, there is the need to have the right mucus that will allow for the movement and sustenance of the sperm.

Generally, light cervical fluid will help the sperm in the following ways:

Not just that, but the watery cervical fluid will be also sieving out the weak sperms so that only the virile ones can fertilize the egg.

As it moves out of the body towards the vagina, it will be moving in the opposite direction with the sperms. Thus, the weak sperms will be washed out of the body.

While a watery fluid is usually a healthy sign that the balance of bacteria and yeast in the vagina is optimal, it can also be a sign of an infection, especially in its early stages.

If you have this kind of cervical fluid accompanied by some itching, it would be an infection. Thrush is one such infection which causes a watery cervical kind of mucus.

Any other signs of infection can be accompanied by this kind mucus. They include:

If you notice any of these signs, pay your doctor a visit. Luckily, thrush can be easily cleared with over-the-counter medication.

Before and after period

Experiencing a watery fluid before your period is simply a sign that the endometrial lining has started breaking down. While the period is characterized by a dark brown discharge, the early stages will involve a discharge of a fluid that is clear.

The clear liquid will often appear a short while before the menses follows. In most cases, it will be just a day or a few hours before the dark brown discharge.

If the watery cervical fluid is observed after the period, it will also not be anything out of the ordinary. It would be the reproductive system cleaning itself out.

You could confuse it with what you have during ovulation but it would be too early for that.

During ovulation, the ovary (ovaries) will release an egg for fertilization. The most easily observable sign of ovulation is the increase in the amount of vaginal discharge.

The specific kind of cervical fluid will have a watery consistency or be a little heavier and adorn the consistency of an egg white.

This kind of cervical fluid makes it easy for the sperm to swim and meet the egg in the fallopian tube for fertilization.