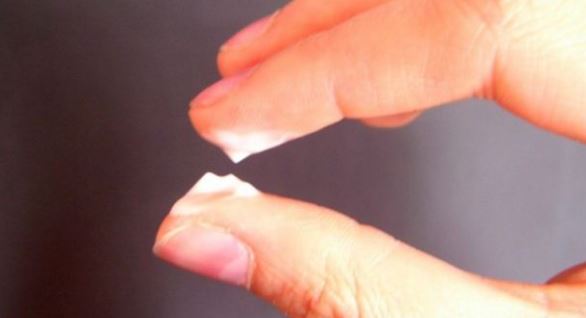 Is a white discharge after period normal? A whitish vaginal fluid can be thick, creamy, clumpy, or sticky, depending on its core causes. But, a milky white discharge with a missed or no period could be a sign of pregnancy.

If you notice a white discharge after your period accompanied by a bad odor, consult your doctor for checkup.

Below are the reasons for a creamy discharge after menstruation, and what it means if it is thick, egg white, clear, milky, creamy or a watery discharge.

Whether or not you are trying to conceive, it is always a good thing to know which days are your most fertile in your cycle.

A good way to learn this would be looking at changes in your cervical mucus, which is likely to be accompanied by a discharge.. The hormones in your body tend to change over the course of your monthly cycle.

If you notice this kind of discharge, you should know that you are at your most fertile. The discharge is said to be fertile as it makes it easier for sperm to swim towards your cervix with ease.

Note that the male sperm can live for as long as seven days as it waits to fertilize the female egg.

However, you ought to keep in mind that all women are different, which means that you may not notice the same variations as other women.

Vaginal discharge is part and parcel of your vagina and is secreted from your uterus or cervix. It is normal for you to notice a white discharge after your menses end. But what does it mean? Does it mean you have an infection or is it normal when it is whitish?

After menstruation, the discharge should have a very smooth and consistent texture.

It is common to get uncomfortable when you notice a white discharge after your period ends accompanied by a bad odor, more so when you are in a public place. This kind of discharge is commonly associated with thrush or yeast infections.

Many women will at some point contract a vaginal yeast infection. When there is a change in your hormonal levels, they end-up altering natural bacterial levels in your body.

As such, the candida albicans bacteria take advantage of these changes to thrive, which then results in a yeast infection.

Bacterial vaginosis is characterized by the appearance of a creamy, clumpy like white discharge after your menses. It comes about when the amounts of good bacteria in your vagina are greatly reduced, allowing the bad bacteria to start thriving, thereby becoming dominant in your vagina.

Good bacteria interference in your vagina may be caused by a sexually transmitted infection or by an immune system that has become greatly weakened. But, if the creamy white discharge is accompanied by a burning sensation or itchiness in your vagina, then chances are that you are suffering from an STD e.g. chlamydia.

In some cases, the bad smell coming from your vagina may also be caused by a forgotten tampon. It is not uncommon to find women forgetting tampons inside their vaginas after the end of their menses.

Your uterus, cervical, and vaginal walls contain glands in them, which produce small amounts of vaginal discharge.

The purpose of the vaginal discharge is to cleanse your vagina and ensure that it remains healthy. It is the reason you get a white discharge to clean up after your menses.

The discharge is primarily produced with the aim of ensuring that your vagina remains healthy at all times. As your ovulation time approaches, the color of your discharge is likely to start changing and become clear.

But, it will then revert to the white color at the end of the ovulation. This particular discharge should not be accompanied by any odor.

Vaginal discharge comprises a combination of cells and fluids, which are continuously shed from your body via the vagina. Normal discharge is intended to keep the vaginal tissues healthy while providing it with lubrication. It also provides protection against irritations and infections.

According to Mayo Clinic, the consistency, amount, and color of the vaginal discharge are likely to vary—changing from whitish looking vaginal discharge to sticky, clear, and then watery discharge. The changes are determined by your current stage in the menstrual (reproductive) cycle.

Pregnancy or an infection can also cause changes in vaginal discharge. When there is a change, you will not only notice a change in the color but in volume, as well as the smell of your discharge.

Types of white discharge after period

The following are the common types of white discharge that you are likely to experience after menstruation ends. They include:

A white discharge after period is perfectly normal—so long as it is odorless and very smooth.

If you notice that the discharge is clumpy and kind of resembles cottage cheese in terms of texture, it may be an indication that you are suffering from an infection.

In addition, any discharge that has a slight green or yellow variation, and which also happens to be clumpy or thick and creamy, will be an automatic sign of an infection e.g. bacterial vaginosis or yeast infection. In case the thick creamy discharge comes with a very foul smell, you should make plans to visit your doctor.

Watery egg white discharge after period gets its color from the fact that it is a combination of secretions, vaginal epithelium cells, microorganisms, lymphatic transudates, and cervical mucus, which are produced by the sebaceous glands, and sweat.

Milky or creamy white discharge after menstruation is very normal and mainly occurs during the ovulation phase. During ovulation, a fertilized female egg or ovum starts moving from your ovum to the oviduct in readiness for fertilization by the male sperm.

The discharge is not only clear, but it is also very stretchy, thereby allowing male sperms to swim inside it easily.

On the other hand, creamy discharge may be an indication that a woman is actually pregnant. The discharge will in such cases be odorless, but there are instances where it could come with a very faint odor.

4. Thick white discharge with odor (or with no odor)

A woman experiencing thick white discharge may become very concerned, especially if experiencing it for the very first time. But, often, there will be nothing to be concerned about, as the discharge is quite normal. During the menstrual progression, the vaginal discharge will start to thicken during the various stages of your cycle.

Thick white discharge after period is one of the early pregnancy indicators. When a woman is pregnant, her body is likely to undergo numerous changes during this period, with an increase in the amounts of white vaginal discharge being one of them.

During this particular phase, the vagina will be working overtime, in an attempt to produce an additional discharge.

The extra discharge is intended to ensure that the cervix remains sealed, moist, and healthy during the course of the pregnancy.

Your body heat may at times liquefy this discharge, which will in turn cause it to come out in greater quantities than you are accustomed to.

Additionally, the discharge is also quite normal when you are in your third trimester. Provided that the discharge remains clear or white, and with no smell, then it will be absolutely normal. Your body will just be producing it to make sure that your cervix remains clean as well as healthy.

Some women get concerned that they could have become pregnant when they start experiencing cramps towards the end of their cycle and in some cases a week or two after they have ended. But, this is considered to be a rare occurrence.

Note that, under normal circumstances, you should not start ovulating immediately after your periods, which basically means that your body is not in a position to become pregnant, yet. In the rare chance that pregnancy may be in the process of taking place, there is no way that implantation could have occurred this fast.

In the long run, there could be some sperm present in your body, and making its way towards your eggs. However, there is no chance that pregnancy may have taken place this early. If it has taken place, that fertilized egg could not have traveled to the uterine wall, which means that the cramps cannot be associated with being pregnant.

Cramps occurring after the menses may be your body’s way of readjusting itself after the completion of the cycle.

Once the menses are over, there is a probability that irregularity could be taking place, which means that the body may be ovulating too fast. In such a case, it would make it possible for pregnancy to occur right after the menses.

There is a shared misconception that it is not feasible for a woman to become pregnant when she is on her period, however, the truth is, she can—but it is quite rare. Normally, it is suggested that you allow at least two days to pass to check whether the pain will still be present.

How to ease the cramps after period?

What to do at home (remedies)

White discharge after period will in many cases not be a cause for alarm, as it is a standard part of the procreative process, provided that it is not accompanied by itching, irritation, or odor. Although there are many over the counter medication that can be used to treat this problem, it is always best to start by trying out some simple home remedies. Discussed below are home remedies worth trying.

ACV is one of the natural remedies that come highly recommended for treating vaginal discharge. It contains properties, which assist in restoring the natural pH balance in your body. Additionally, it has antiseptic and acidic properties, which will help in quickly restoring the acidic quality of your vaginal flora, and eliminate any odor that may be accompanying the discharge.

NOTE: Even though douching is considered by many to be an effective solution, there is little or no scientific evidence to show that it really works. Some medical experts advise against douching as it may end-up to be disrupting the natural bacterial balance in your vagina.

They assist in improving the vaginal pH levels, as they are also believed to have an effect on the estrogen levels in your body. Additionally, the seeds have been known to boost your immune levels naturally.

Popularly known as amla, the home remedy contains antifungal properties. The properties are what makes it an excellent remedy for your vaginal health. Additionally, it has a high vitamin C content, which assists in boosting the immune system, thereby allowing your body to fight off any infections that could be present.

If you try the above home remedies but fail to get a satisfying solution, you should start making plans to see your physician. It is recommended that you visit a clinic for a proper diagnosis if you notice any white discharge that is accompanied by a foul smell or any other unusual symptoms.

It is best to get treatment early on, as bacterial infections may lead to serious problems later on if they are not treated in time.