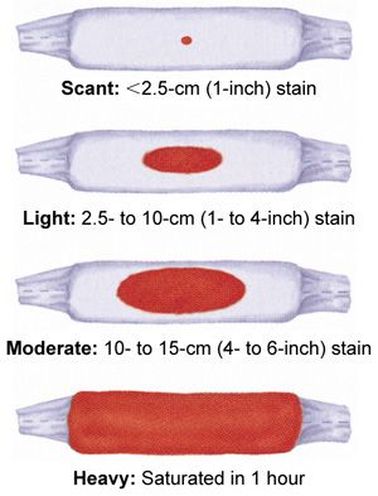 What does implantation spotting look like compared to period? If you have been trying to conceive, seeing blood spots on your pad or toilet paper after wiping could be the good news you are pregnant.

However, there are many reasons that can cause scanty bleeding between periods. It is therefore important to know how to identify and differentiate the various types of spots.

Implantation discharge can highly mimic the menstruation flow especially during the first few days of the menstrual period when you have a lighter flow. Women who experience lighter periods are in most cases confused on when they start spotting.

Is it implantation bleeding or period?

[wpsm_box type=”dashed_border” float=”none” text_align=”left”] Implantation discharge is a bit different from the usual period blood in several ways. The basic difference between implantation bleeding vs. period is the amount of blood. A period will have more blood, while implantation only has light spotting (very little blood).
[/wpsm_box]

Here’s the difference between implantation bleeding and period bleeding.

About 30% of women experience implantation bleeding during their childbearing age. However, most women confuse it with an early period.

In most cases, spotting remains less light throughout until it clears. Below. We have included pictures to that show what implantation bleeding looks like on tissue paper and on a pad.

What is implantation bleeding?

Implantation bleeding is spotting or discharge as a result of a fertilized egg attaching itself to the interior of the uterine wall. A fertilized egg burrows to the lining of the uterus injuring the small vessels.

This process in most cases results to light pink spotting or bright red vaginal discharge. This is entirely normal, and no medical attention is needed.

Before knowing what implantation bleeding looks like, it is important to know a few preliminaries. One of the earliest signs of pregnancy along with nausea and vomiting is implantation bleeding. This begins a few days before the next menstrual cycle. How can you identify that this spotting from an implanting egg? Here are signs to watch for:

These symptoms are also signs your period is about to start. Some women may confuse implantation discharge with scanty period blood when indeed they have conceived.

Implantation spotting will not consist of distinct layers as a period does. You are likely to find small spots on a toilet paper or pad.

This is usually a pinkish or brownish discharge in case you use a toilet paper. Unless you have other underlying medical conditions, your implantation spotting should remain light on pad or tissue paper. You may find these dots or small spurts of blood on your panties.

Here are pictures of implantation spotting on a pad and on tissue paper. See the difference with period blood on a pad or tampon.

When does spotting occur?

This is the same time that your period is due. Implantation occurs after ovulation and fertilization have taken place.

Implantation bleeding occurs way before even pregnancy is confirmed. Human Chorionic Gonadotropin Hormone is not detectable in urine until after the embryo has embedded in the uterus and made early developments of the placenta. The placenta then produces the hormone.

Other symptoms of implantation

Most women experience cramping accompanied by light bleeding as the main symptom. This usually happens during implantation. Here are other signs that might prompt you that implantation has occurred.

After fertilization, the egg travels to the uterus where it implants itself. This process takes nine days. In case implantation fails, the egg is usually flushed out of the uterus as a period.

After a missed period

In other but fewer cases, women have experienced spotting after their missed period. Bleeding after a missed period might be presumed to be an early next menstruation. However being able to know your body well by paying close attention to your cycles will save you the agony in the long run.

It’s best to test your urine in the morning for pregnancy when the Human Chorionic Gonadotropin Hormone (HCGH) is highest.

Other causes of bleeding in women

Vaginal bleeding is termed as abnormal if it occurs;

The causes of abnormal spotting or bleeding that does not relate to implantation include the following:

Polycystic Ovary Syndrome: This is a common problem with the ladies in children bearing age. A strange hormonal imbalance occurs causing interference with the normal ovulation hence bleeding.

Contraceptives: Birth control pills and contraceptive shots alter the normal functioning of the hormones. However, bleeding takes place in between periods and also when pills are not taken regularly.

Intrauterine Contraceptive device (IUCD): This method of birth control has shown to increase a woman’s period flow and induce spotting at any particular time in the cycle.

Infections: Sexually transmitted infections are the leading cause of bleeding from the pelvic organs. Bleeding in the case of an infection usually occurs after intercourse or douching.

Other rare causes include

When to consult a doctor

In the majority of women, implantation bleeding is the first sign of pregnancy that usually points out to a successful conception. While other women experience this spotting it should be notable that this does not occur in some women. Visit your doctor when the following happens

Here are more pictures to look at.