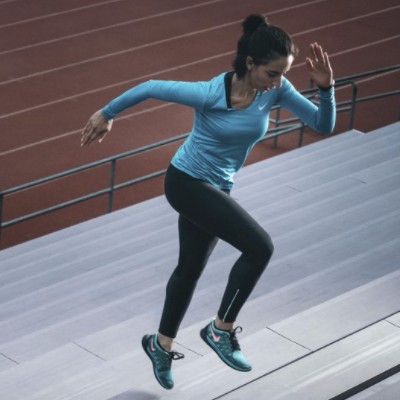 Your period can come earlier than expected, or even coincide with major events of your life. You may want to stop your flow for your wedding, to travel or for vacation.

For this case, you may want to delay menstruation for a day, 2 days or even a week.

But is it possible to delay your menstruation for a couple of days? You can make your period late for a few days to a few weeks to focus on those once in a lifetime events such as your wedding.

In this guide, we show how to do exactly that either with medication such as ibuprofen and Norethisterone or naturally through sex and exercise.

Let’s dive right into it…

Delaying for a few days

There are several things you can change when your flow will start. However, if you have any medical condition, make sure you have confirmed with your doctor that it is safe to use any of the following methods in making your period late.

One way to delay or even stop your period once it has started is to use ibuprofen. Ibuprofen is an over the counter medicine that has both anti-inflammatory and non-steroidal properties.

Basically, ibuprofen is a painkiller which works by inhibiting the work of the enzymes which tell the brain of the pain you are feeling.

In this way, the drug does a good job in preventing the pain you would normally feel from your cramps. It is the anti-inflammatory properties of the drug that are important in delaying the period.

How does ibuprofen work?

During your period, the hormone prostaglandin is in control of shedding the endometrial wall. This hormone is also responsible for other smooth muscles of the body such as those in the stomach.

It determines whether the muscles should relax or contract. Ibuprofen works by inhibiting the activities of the prostaglandin hormone. It is so effective that, at times, it can stop the period when it has started.

What is the dosage?

To make it work, ibuprofen has to be taken in high amounts. That means that one has to take at least 800 mg three times a day (800 mg is the total). Such a high dosage of this drug means that it should not be taken for long periods of time.

In fact, the maximum number of days is only three. Beyond that it, would be a certain overdose. Before taking this drug, make sure you have talked to your doctor about it. Besides being an effective drug in delaying your period, it may also have side effects. The medical history the doctor has on you will determine that.

What are the dangers of ibuprofen?

Because of the way ibuprofen works, there are some dangers you need to be aware of. These occur especially when one has taken too much of the drug either in high amounts or long periods of time. They include;

Can having sex right before your period delay it for 2 days?  The answer to that question is yes, having sex before the period starts can alter its onset day.

Sex delays the period due to the surge of hormones that comes about due to arousal. Most women who experience this issue may think that they have become pregnant when indeed it is a small issue of a late period.

If this happens and the period is yet to appear about a week from its due date, you may need to take a pregnancy test.

One of the most known drugs for altering menstruation is Norethisterone. Some women use it to delay their monthly cycles altogether using Norethisterone more than any other drug.

For a start, Norethisterone is a synthetic hormone which is similar in effects to progesterone.

Given that the amount of progesterone in blood goes down when menstruation comes about, keeping the level of this hormone high by taking Norethisterone will keep the endometrial wall from being shed off as a period.

It ought to be known that Norethisterone is not like the normal contraceptive pills.

Rather, it is a synthetic version of progesterone meant specifically to counter the effects of estrogen.

For Norethisterone to work effectively, you should start taking 50 mg of the drug three times a day.

Start taking this medication three days before your period is due.

You can then take the drug for up to thirty days to keep your period at bay. However, if you stop taking it, you will see your menses after 2 to 3 days.

Does it have side effects?

The side effects from using Norethisterone are rare since the drug has a formula similar to that of the hormone progesterone which is produced by the body. The known side effects include;

Before taking the drug, ensure you have consulted your doctor first.

Your pills are designed to align with the normal menstrual cycle of 28 days. That is why they have 28 pills (one for each day of the menstrual cycle). However, of the 28 pills, only 21 are active. The others are simply dummies.

Normally, you take the 21 active pills without any sign of bleeding. When you get to the 7 dummy pills, there is withdrawal bleeding which looks much like a period. It is simply the body responding to the lack of the hormones from the active pills.

So how do you use birth control?

To delay your period using birth control pills, you need to avoid skipping the 7 inactive pills. After getting to the 21st pill, take the first pill of the next cycle rather than one of the inactive ones.

Are there any side effects?

Tampering with your menstrual cycle by using birth control pills is often safe. However, it should not be done for three cycles in a row as it is not healthy for the body. While most women will not experience any side effects, some will experience the following:

Starting to exercise or increasing your level of exercise is a great way of delaying your period without medication.

It is recommended by many medical practitioners given that it does not tamper with the hormonal nature of the body in any artificial way.

It is recommended that half an hour a day of physical activity such as aerobics or team games yields good results in making your period late.

You should be careful, however, not to strain too much. If you have a personal trainer, they will have a good idea of how much strain your body can take. Too much of it will only affect your overall health negatively.

While this method does not work for every person, it is a good thing to have an exercise routine as it has many health benefits.

Besides keeping diseases at bay, a regular exercise routine will make your periods regular, reduce the length of each period, and lead to less pain and cramps when in a period. When combined with other methods, exercise can be a great way of postponing your periods.

So far, the methods dealt with here (besides exercises) involved a drug in one way or the other. However, if you have reservations about using drugs or your body does not respond well to the drugs, you can still make it delay naturally using home remedies.

The following methods have been proven to work although on differing degrees.

To benefit from this remedy, you can choose to set a goal that you know will lead to some emotional fatigue. For example, rather than doing that project from school (or work) for a week, set yourself a target to finish it in three days.

The only downside to this method is that some women are known to respond in the opposite direction.

Rather than having their menstrual cycle delayed, some have their menses come earlier than usual when subjected to stress of any kind.

Chances are that there is a bottle of vinegar staring at you in your kitchen. Most kitchens have this essential food ingredient. What most people do not know is that vinegar has a positive effect on the menstrual cycle.

This will delay your period for a few days and, if the flow is already imminent, reduce its amount or make it end faster.

There is no scientific evidence to show that spicy food has an effect on the menstrual cycle. However, there has been a general agreement that spicy food triggers periods when eaten often. Foods such as black pepper, paprika, ginger, garlic, hot pepper and chilies are believed to increase the likelihood of having periods.

If your vacation, wedding or travel is here and you need to stop the menstruation from coming soon, you might thus consider keeping away from these foods. The belief in this food must have been due to the heat they have.

Gelatin is made from collagen found in animal bones. This substance has various uses including reducing stretch marks and wrinkles in users. However, it has been recently found that gelatin can be used to reduce the amount of estrogen in the body.

Estrogen is the hormone that sets off the periods that come about at the end of the menstrual cycle. When this hormone increases in amount, the endometrial wall begins being shed off. Given the effects of gelatin on his hormone, it can be used to postpone the onset of periods for a while.

It ought to be known that while gelatin can postpone period, it only does that for about four or five hours. It is thus only effective as a last-minute resort for the delay. It can be taken as a blend of warm water and a standard packet of the substance.

Parsley leaves are used to spice up various types of foods owing to their distinctive taste. They are very rich in nutrients including vitamins A, K, B12 and C besides several minerals. The leaves are known to improve the immune and nervous systems and the bones.

They are also used to get rid of any excess fluids in the body. Few people know of their roles in the menstrual cycle however.

Here’s how to delay the onset of your period naturally using parsley leaves:

This mixture has no known side effects.

The uses of lemon for the benefit of the body are many. All the parts of a lemon tree can be used for medicinal purposes without any severe side effects.

For the delaying of periods, you can suck on a lemon or mix it into plain water and drink it. The period experienced will be either lighter or nonexistent.

The only downside noted in some women is that of pain during the next period. This happens in a few people and, if you are affected this way by the lemon, you can take energy supplements when the next period is due.

Gram lentils are a type of pulse known for many health benefits. It is one of the most consumed pulses owing mainly to its high protein value. It can also be used to delay periods instead of suing pills.

To use gram lentils for delaying periods, do the following:

While you may have personal reasons for delaying your period, there are some other general reasons to stop your monthly menstruation for a few days, hours or even a week.

Before using any of these methods, you should know how you personally respond to them. The advice of a medical doctor is always a valuable ingredient when altering any part of your bodily processes.

Also, living a healthy lifestyle will make it easier and less painful when using any of the methods detailed here. You can achieve that with regular exercise and a healthy diet that is balanced. Also, avoid using any method all the time and allow your body to have periods every now and again.