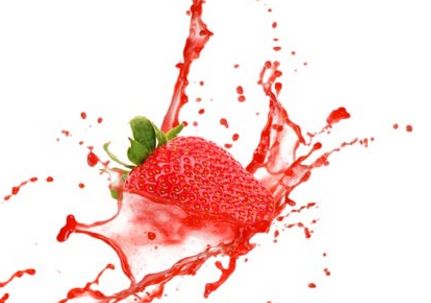 Every woman expects to experience menstruation once every 21 to 35 day-cycles. If it does’t happen, there is always reason to worry. It is definitely not normal.

At the same time, if you see your period blood two times in one month (cycle), you will have a reason to worry and think something is wrong.

Depending on the circumstances, this could be a normal occurrence or a little weird.

However, all women are different, and thus, the cycle of each woman may vary from one month to the next. For example, there are certain months when your cycle could end up lasting for fewer or more days than in the previous month. Or it could start or end earlier than it normally does.

At times, you may also find yourself getting two periods in the same month.

Once you establish whether you are dealing with menstrual bleeding or spotting, you can now start to explore what could be behind your increased bleeding.

But what causes of two menstrual periods within the same cycle? Pregnancy and birth control may have an effect on this as elaborated below. What should you do?

Is it possible to have two periods in one month?

When your monthly discharge deviates from your normal cycle—for example experiencing a flow after every fourteen days or having more than a single period within a month—your menstruation will be said to be irregular.

An irregular cycle may encompass a broad range of issues covering your menstrual cycle.

Excessively frequent periods e.g. bleeding after every fourteen days are commonly referred to as metrorrhagia.

It is a condition that can affect women in all age groups, but one, which commonly affects women who are about to start the menopause stage.

In some cases, she can go for a few months without getting her monthly blood. It is the body’s own way of making adjustments to changes associated with growing.

However, after a few years, the cycle will begin to settle down. In case you have heavy periods, which come a couple of times in a month, or in case you have recently engaged in sexual intercourse, you should ensure that you consult with your physician. Factors that can cause a girl to bleed more than normal include:

Are you bleeding twice one month for the first time? What does it mean? Well, read on to find some of the causes. Naturally, irregular cycles suck, as they always seem to come about at the worst times.

And when they do, they will normally get your mind racing, making you wonder whether or not you are pregnant, in addition to forcing you to stock your bathrooms with pads and tampons, just in case Aunt Flo drops by.

However, an irregular period should not always be considered to be a bother, as it is a way of your body telling you that there is a probability that something is going on.

When you have a regular cycle, this means that your reproductive system is functioning properly—and as such, apart from frustrating you, a missed period can make you become concerned with the status of your health.

From time to time, each woman will experience a cycle that is not regular, and even though it may not be dangerous, it will be vital to know what could be causing the irregularity. Below are the common causes of two periods within the same cycle.

Your body can take a few months for it to adjust to the hormone dosage delivered to it by the birth control pills like Plan B.

One of the side effects associated with taking this pill is that you may get a light flow, two periods in a single month, or your periods could become non-existent altogether.

You should therefore consult your healthcare provider in case you encounter this problem after you have started taking the birth control pills.

One of the most common causes of an irregular menstruation is stress. The stress hormone (cortisol) normally has a direct impact on the levels of hormones (progesterone and estrogen) that will be produced by the body. When there is too much cortisol present in the bloodstream, it means that the flow and timing of your cycle could be impacted.

According to Dr. Carolyn Thompson, a board certified OB/GYN, for a woman to get a regular menstrual cycle, the hypothalamus located in her brain will be required to send hormonal signals to her pituitary gland, which will then need to signal her ovary, which must then signal her uterus.

As such, if you are under a lot of stress, be it emotional or physical, your system will shut down. It will interpret this to mean that it is not the ideal time for your body to get pregnant.

As is the case with pregnancy, the perimenopause phase is a time when hormone levels in your body are beginning to shift in readiness for menopause. For women in this phase, the irregular periods may start as early as ten years before menopause comes about.

Perimenopause can be the reason for irregular menses, as this deals with the cessation of ovulation. Therefore, as you approach this phase, your ovulation will become sporadic, which means that your period will be sporadic as well.

Another reason for getting more than one period in a month lies in the kind of food that you eat, and more specifically on the amount of weight that you are carrying.

In case your diet is filled with unhealthy carbs or if you have recently gained weight, you will find that your body will start production of varying hormone levels, which are likely to shift during ovulation.

The same case will apply when you lose the extra weight. For your body to maintain a normal cycle, your body percentage should be at least seventeen to twenty-two percent.

Did you recently increase the intensity of your workout? Your body requires energy to menstruate. Working out too much in the gym means that you will be burning a lot of energy, which means that it may not have enough for it to menstruate when you are due. Some of the factors that can cause varying hormone levels in your boy are:

For a woman that has become accustomed to getting a regular cycle, any change such as getting two periods in the same month all of a sudden may be an indication that there is an underlying medical problem.

There are certain health conditions, which can cause bleeding, which may in turn be mistaken for a normal flow. They include:

Spotting is one of the first signs of pregnancy. During pregnancy, spotting is considered to be a normal part of the pregnancy process. However, you should notify your doctor in case the bleeding goes on for more than a few days.

Sexually transmitted diseases and infections can cause bleeding and vaginal discharge in a woman. Notify your physician in case you are worried.

A miscarriage can be the primary cause of the bleeding that you are mistaking for a first or second period.

In case you have your suspicions that you could be pregnant, you must contact your doctor if you get any bleeding that is similar to your normal periods.

Women with a family history of cysts, early menopause onset or fibroids are always at an increased risk of getting more than one period in a month. It Is recommended that you book an appointment with your medical caregiver if you:

Anemia is one of the health effects that is associated with frequent bleeding. It comes about due to the absence of enough iron levels in your bloodstream.

While carrying out additional tests to determine what is causing this frequent bleeding, your doctor may also check your iron levels. Some of the symptoms associated with anemia include:

It does not necessarily mean that you are pregnant, but it does show that your cycle is in perfect sync. Having multiple periods provides a reduced possibility of pregnancy.

When you have had your menses, chances of you being pregnant are microscopic, despite the fact that there are reports indicating pregnancy may arise when a woman is menstruating: the primary worry should be with a missed period.

Bleeding in your uterus gets to dictate having your periods. Uterine bleeding will normally occur when the endometrial lining starts to breakdown, which occurs when implantation does not happen.

A regular cycle, is thus, an important indicator that the vital parts of your body are functioning as they should.

As a young woman matures and enters the puberty phase, a hormone is released by the pituitary gland, which then stimulates the ovaries to release progesterone and estrogen. The two hormones have varying effects on the body of a girl, which can include:

When one week apart

As mentioned earlier, a period that occurs more frequently than after every twenty-one days or one which lasts for more than eight days is considered to be an irregular period. Additionally, missed, early, or late periods will also fall in the same category.

In many cases anovulation (lack of ovulation) is the primary cause for an irregular period. Anovulation often comes about because of hormonal imbalances in the body, which causes ovulation not to take place.

Subtle or severe hormonal imbalances may lead to a variation in your menstrual cycle. The hormone imbalances can be caused by:

Irregular cycles are a common problem for some women. They are characterized by duration variations between the cycles, the number of days that each period lasts, as well as abnormal blood loss (it can be more or less than normal) during the course of the cycle.

There are a number of factors, which can lead to this problem e.g. liver disease, irritable bowel syndrome, uterine abnormality, and hormonal imbalance.

According to a 2005 European study, hay fever and asthma have been linked to the occurrence of irregular periods.

Given that different women will be more likely to have varying menstrual patterns, the emergence of slight irregularities every once in a while should not be deemed as a cause for concern. The following home remedies can assist with irregular cycles.

It is highly beneficial when it comes to relieving menstrual pain and regulating the menstrual cycle. Ginger also promotes menstruation, and is therefore great for dealing with scanty periods as well as two periods occurring in a month.

Additionally, it also has a warming effect on the woman’s body. Cinnamon also contains hydroxychalcone, which assists in regulating the insulin levels in your body, and which has for years been suspected to have an effect on menstrual cycle regularity.

It can assist treat menstrual cycle irregularities by regulating the hormones in the body.

If you believe that you are having more than a single period in a single month, you should ensure that you consult your doctor.

Your doctor will be able to assist you maintain a balance of your hormone levels, as well as provide guidelines and instructions on how you can regulate your menstrual bleeding.

For you to find a permanent solution to this problem, you may need to try out different treatment options, but with time, you will be able to increase the length of your monthly periods, after finding a treatment that works best for you.