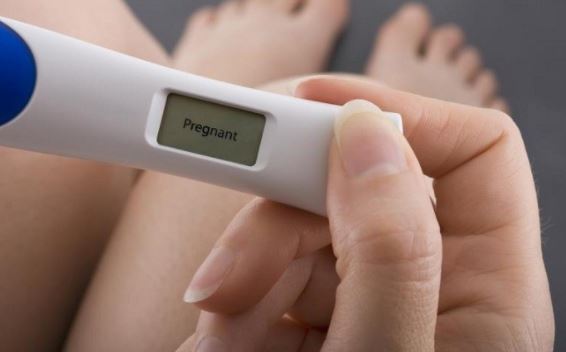 During the second month of pregnancy, you may probably have an idea how it feels to be pregnant. Pregnancy is a special time for you and developing a baby.

In some cases, the first months of pregnancy may come with all sorts of feelings, but eventually, things may calm down as you progress.

Baby and belly size pictures are common with first-time mothers because of the excitement. It doesn’t matter whether it is your first, second or third pregnancy, each pregnancy comes with its share of symptoms.

How many weeks is 2 months pregnancy?

Pregnancy is counted from the first day of the last menstrual period (LMP) even if chances are you were not pregnant by then.

The first day of a period is two weeks before ovulation and conception. Counting begins from this period because majority of women do not know when they last ovulated, but may know their first day of period

Pregnancy does not take exactly nine months, the only month that has exactly four weeks in February except for a leap year. All the other months in a year have either 30 or 31 days. For this reason a two months pregnancy is likely to be 9-12 weeks.

As your baby grows, several changes occur in the body to accommodate your developing baby. At two months of pregnancy you will notice the following:

During this time, the breast becomes fuller, tender and sometimes painful as a result of several hormones in the body leading to water retention in the breast tissue.

The breast tenderness is likely to continue for some months or until end of pregnancy. The darker part surrounding the nipple called the areolar will darken, and its fine structure becomes more prominent.

You are likely to experience bloating and constipation. This is because an increase in progesterone hormone causes relaxation of smooth muscles including those of the digestive tract.

For this reason, movement of food moves slowly down the digestive tract hence constipation.

You may be exceedingly tired but not sleepy. This is common, and the only way to keep insomnia at bay is to rest enough and keep fatigue under control.

Take short naps during the day and do some exercises to help you relax.

You may note that you are frequently visiting the toilet unlike before. From the second month, the baby’s growth puts your bladder under pressure; it becomes easily irritated so you will need to empty it now and then.

To help deal with frequent trips to the bathroom, practice Kegels exercises. These exercises involve applying pressure to the pelvic muscles while urinating.

You should urinate for some seconds and hold on, do this repeatedly until you have emptied your bladder completely. The exercises help strengthen the bladder muscles.

You may start feeling some metallic taste in the mouth. Saliva may be increased in the morning hours compared to the rest of the day. Because of increased urination, your thirst increases.

Your body also needs fluid to enhance the amniotic environment for growth and development of the baby.

During the second month, the baby has begun to occupy space in the course of growth. For this reason, the fetus is likely to cause tension on the lower part of the uterus leading to occasional abdominal pain.

Due to pregnancy, you do not expect to have the same discharge as usual. The color, consistency and viscosity changes. This is nothing to worry about, however, visit your doctor as soon as possible when you experience unpleasant smell from the discharge.

Internal organs at two months there are several observations that can be made through an ultrasound examination. They are as follows:

At two months the fetus heart is prominent and covers about 50 percent of the chest. There is a visible heartbeat. Other internal organs such as the appendix, intestines, and lungs begin to form towards the end of the second week.

At two months the arms and legs begin to appear. Pictures of an ultrasound show little bumps that elongate into little growths that eventually become toes and fingers.

During the second month of pregnancy, the baby’s head grows faster than all the other body parts of the body. The brain of the baby develops faster, so it is normal to have a bigger head at this stage. At 2 months your baby’s facial features will have begun forming and taking shape.

During the second week, the placenta is steadily forming hence your baby is making some growth and development adjustments. At two months your baby is about 0.7-1 inch in length weighing 9 grams.

Ultrasound pictures at two months show a 5.3 cm long embryo with small webbed fingers and feet that are visible. The elbows become prominent, the hands and fingers may be distinguishable. The brain cavity may be seen as large holes in the embryonic head

The heart rate is also evident; the heart may look like it has covered about 60 percent of the chest area. Most ultrasound pictures are not able to show fluid-filled abdomen below the heart at two months.

What does two months pregnant look like? How it feels to be pregnant at two months is unique in each woman. At two months the uterus is expanding however it may take longer for anyone to notice you are pregnant unless you tell them.

The only way to know you have a healthy pregnancy is to check on the amount of weight you gain each week. A pregnant woman should add 1-2 pounds or half a kilogram each week.

Are you able to know you are carrying twins by just looking at the belly size? Pregnancy bellies are measured in centimeters. Twin pregnancy means that your belly size will measure much more than it a single fetus pregnancy.

If you happen to be two months pregnant, your belly should measure around 14 cm. Even though, for some women, until they are into the second trimester, it is difficult to tell they are pregnant as their belly size remains the same.

Screening and various prenatal tests diagnose any existing health issues that might affect the mother and baby’s health. The tests also give baseline data for mothers monitoring throughout pregnancy.

Here is the test that you are likely to undergo during the second month of pregnancy:

For some of these tests, your doctor will ask you to bring your partner for blood samples.

These tests pay attention to the pregnant woman’s health status.

The pregnancy hormone rises to certain levels to sustain the growing baby. Your doctor is likely to test for such hormone using blood samples now and then.

The first trimester Down syndrome screening is usually to assess using the blood of the mother or through an ultrasound test to detect asses risk of carrying a fetus with specific chromosomal abnormalities.

Changes to expect in your body

The placenta also begins to produce hormone progesterone and estradiol hormones to sustain the pregnancy.

A few changes are likely to be visible during the second month of pregnancy as below:

Here is what you should do for healthy pregnancy at two months:

From early in pregnancy, your doctor will schedule a two-weekly or monthly physical check-up. During ante-natal clinics, you are likely to undergo blood analysis to test for various infections and blood sugar.

Additionally, your doctor will check your blood pressure. You must honor such scheduled clinics for the well -being of yourself and the baby.

Stress is inevitable at times. However, for the sake of the growing fetus do not impose unnecessary stress upon yourself. A lot of stress increases your blood pressure which might end up causing a miscarriage or inter-uterine fetal death.

You and your growing baby need an appropriately balanced diet. Increase your consumption of fresh fruits and vegetables. Consume plenty of water to avoid dehydration and constipation.

Additionally, take your antenatal supplements. Supplements of folic acid help prevent neuro-tubal defects during growth and development of your baby.

You will only remain healthy if you stay active during your pregnancy. It is important to talk to your doctor to help you choose a prenatal work out plan. Here are the benefits of exercises during pregnancy:

Even though one cannot completely keep away from being ill, some precautions may help you keep sickness away during pregnancy. Clean your hands before touching food. Additionally, avoid allergic foods that may make you fall sick.

The first few months of pregnancy happens to be the most sensitive period of fetal growth and development. During this time, the majority of the organs are developing.

Therefore, one needs to be very careful not to disrupt the growth and development process of the baby. Here are the precautions to adhere to for a healthy mum and baby:

There is no proper research to show how much alcohol you need to take in pregnancy. Alcohol has several adverse effects including mental problems, weight-related problems, and an abnormality in the facial features.

2. Slow down on caffeine

Caffeine is a powerful stimulant. It has effects on different people differently. For this reason, it is best to avoid it all together. Research has shown that caffeine consumption leads to slowed fetal growth and premature birth.

Other side effects of caffeine on the mother include:

Cigarettes contain nicotine that is harmful to the liver, lungs, and abdomen. Cigarette smoking leads to an underweight baby as well as premature birth. It may also predispose your unborn baby to breathe and mental issues

You should also stay away from people smoking in your surroundings. Passive smoking could affect you and your unborn baby in a bigger way than you may think.

Saunas and Jacuzzis are not good for your health, leave alone that of your unborn baby. The high temperatures may cause hormonal alterations of the baby due to the increased temperature.

Increased temperatures also alter your metabolism and may lead to undesirable results such as nausea and vomiting.

5. Stay away from seafood

There are some species of fish that are good for consumption; however, one needs to be extra careful about which ones you eat. You may talk to your doctor to point out a few non-harmful kinds of seafood.

Majority of the foods contain mercury which may lead to neuro-tubal congenital disabilities. The foods to avoid include swordfish, tuna, tilefish and mackerel.

Some herbs and medicines may cause fetal development, while others may lead to a miscarriage, premature birth or severe painful contractions. Besides this do not buy yourself medications without consulting with your doctor.

On the other note, avoid unnecessary ultrasound or x-ray examinations because the rays could be harmful to your unborn baby.