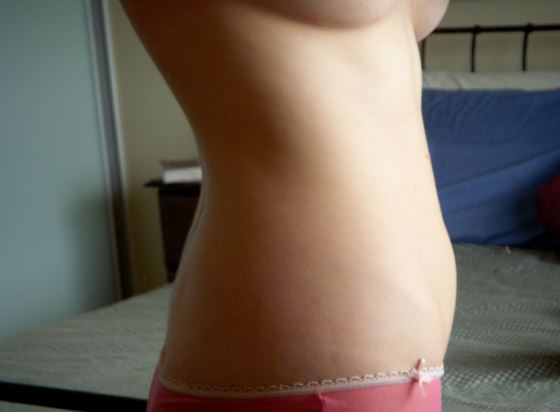 The first month of pregnancy is quite interesting given the number of changes you and the developing baby will be undergoing.

The major aspects of the pregnancy will be already determined in this first month. Besides that, there is a lot you should expect in this early stages of your pregnancy.

What should you expect?

When you are only a month pregnant, the baby is still in its early developmental stages and isn’t even recognizable in the first few weeks.

At the end of the first month, however, there are visible changes in the look of the fetus with some parts forming.

The detailed stages of the baby and its development in this first month of your pregnancy are:

The first week of your pregnancy is the first seven days from when you started your period. At this time, there is actually no baby present in your womb.

Rather, it is just your body preparing itself for conception and other processes that make up the pregnancy. These include:

Most of the symptoms you will have in this period will be those of the period since you are not pregnant yet. They include:

The fact that you are not yet pregnant does not mean you do not heed to your body’s needs. If you want to get pregnant, you should make preparations such as:

Among the changes that occur in the second week of your pregnancy include:

With ovulation, you will have various signs and symptoms including increased libido, changes in the vaginal mucus, changes in the position of the cervix, heightened senses, ovulation cramps, and an increased basal body temperature.

The egg from ovulation will stay alive for up to 24 hours (a day) awaiting fertilization. If it does not occur, the egg will disintegrate and be absorbed back into the body.

The second week of your pregnancy is the best one to have sex if you intend to conceive. This is because all the conditions will be in line with one another.

The third week of your pregnancy is when you actually become biologically pregnant.

In the third week, if you had sex and sperms are available in your body, one of them will meet with the egg in the fallopian tube for fertilization.

In the third also, the human chorionic gonadotropin (HCG) hormone would have increased in amount in preparation for the pregnancy.

This hormone is what is tested for to gauge a pregnancy. However, the amounts of the HCG hormone may not be enough to be detected in the blood or the urine.

There are rarely any physical changes during the third week of your pregnancy. What happens usually goes on mostly unnoticed.

In this week of the pregnancy, there are a few aspects to take note of:

The last week of the first month of your pregnancy has the implantation process as the main event.

This occurs when the fertilized egg moves through the fallopian tube and attaches itself to the walls of the uterus.

The implantation process will lead to some signs such as:

At times, however, you may not even feel or observe any of these signs.

The first month of your pregnancy will have several signs and symptoms which can help you point out any changes you may be observing.

The list of the symptoms in this first month include:

These and many other symptoms can be experienced in the first month of the pregnancy.

You should see a doctor if you observe any of the following:

Fetal development in the first month of pregnancy

From the day you first conceive, your baby will begin as a mass of cells. In fact, it begins as a single cell which divides to two, then four, eight until the baby is fully formed.

First, when the egg and the sperm meet in the third week of your pregnancy, they form a single cell. This single cell starts dividing by a factor of two as it moves towards the uterus for implantation.

By the time the first month is over, the baby would still be a mass of cells but with a few early stages of some features such as:

Besides these parts, the baby’s red blood cells would have began forming in readiness for circulation.

Baby size after the first month

In terms of size, the baby at the end of the first month is just about five millimeters. This is smaller than a grain of rice.

For it’s size, therefore, you cannot have a visible bulge at this time. Even when you have multiple babies forming, the bulge will not be easily visible.

Pictures of a one month pregnancy show a very small bulge which can be easily ignored. Unless you have a very flat stomach, you will not easily notice the slight distention just below the navel.

If you have a big body, you will probably not notice anything different with your belly at the end of the first month of your pregnancy.

Ultrasound at one month of pregnancy

The ultrasound when at one month of pregnancy will only show a visible object at the end of the first month. This is because the first two weeks of the pregnancy do not have any embryo yet.

The third week has a very small fertilized egg that is still too small to be visible on an ultrasound picture.

In the final week of the first month, ultrasound pictures will reveal the fertilized egg as a dark dot between 3 to 4 millimeters wide.

Tips and what to look out for in the first month

Unlike the other times during your pregnancy, the first month is one of the most delicate during your whole pregnancy.

The pregnancy will be having the fastest rate of growth and most of the main parts such as the face and spine forming. To stay safe and provide the best conditions for the baby, there are a few things you need to focus on. These include:

You need to generally be careful with the first (and all the other) month of the pregnancy given that it is a delicate period.