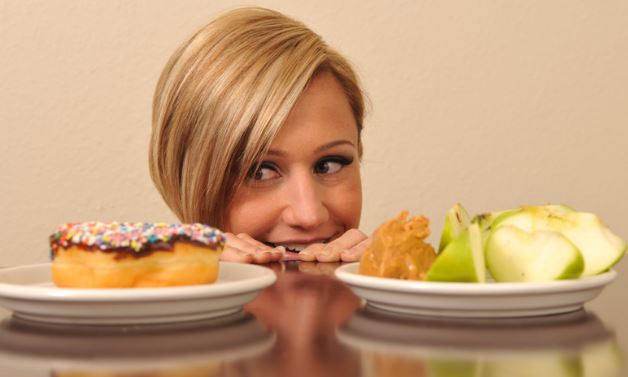 When you get pregnant, you will have many different changes in your body. One of the most common signs of pregnancy are strong cravings and aversions to certain foods. But when do pregnancy cravings start?

Cravings are strong desires for certain foods, tastes and, at times, non-food items. These desires vary from a person to the other.

Early pregnancy cravings are, however, not random at all. For example, ice cream is often desired together with pickles; steak with cheese whiz and many other combinations.

Each combination has specific foods and tastes which can be used to pinpoint the cause of your cravings. But how soon or early can one feel cravings?

Other times, you may have cravings for items that are not food. This condition is known as pica and it poses a major risk to your health and that of the baby.

Pica can be explained as the desire for non-nutritious items such as ice, soil, crayons, laundry starch and even dirt.

When you give into the desires for non-food items, you may ingest lead which poses a danger to you and the baby. The baby will be affected by lead due to the increase in the likelihood of having conditions such as:

When do cravings start?

How soon can cravings start during pregnancy?

Cravings for certain foods may begin as soon as a few days after you conceive. This means that the cravings can be experienced as early as the 4th week of your pregnancy.

In most women, the cravings (and aversions) will subside by the fourth month of the pregnancy. In others, it may take a longer or shorter period to go away.

Why do I crave certain foods? What foods will I crave?

The list of foods (or items) you may desire are endless. However, the major groups of foods are salty ones, sour ones, spicy ones and sugary ones. Eating some of these foods can cause diarrhea and stomach upsets in pregnancy.

The specific causes of having food cravings and aversions are not known. However, some of the most likely causes include:

When you become pregnant, a lot of hormonal changes will occur in your body. The increase in hormones required for the pregnancy will occasion a change in desires and likes which may go beyond foods.

These hormones will direct your desires for specific foods and aversions to other.

It is no surprise that you may desire things you never even liked previously and hate what you loved before.

The body has its own way of expressing the need for something. If you need food, you will yawn. When you need sleep, you will also yawn.

In a similar fashion, when you lack a given nutrient, you will have a craving for that particular food.

However, the message sent to the taste buds may be easily misinterpreted to mean something else.

Since your tongue recalls the taste of calcium from a treat of a bar of chocolate, you will interpret it as a desire or chocolate when it is the calcium.

If the desired item or its alternative is eaten yet you still want more of it, it will most likely be a nutrient deficiency.

Just as your desire for certain foods will go up, your desire for others will go down in equal measure. Food aversions often accompany food cravings in your pregnancy and they are caused by the following:

Other times, the changes in the hormones and the nutritional needs of the pregnancy may simply make you hate some smells including those of some people.

Food cravings and the sex of the child

While still under research, there are notions that the type of cravings you have are determined by the sex of the child you have.

Craving citrus fruits and foods with citric acid also means that you are carrying a girl. The same is true for cravings for sweet treats such as candy, chocolate and ice cream.

For a boy, you may likely crave for salty foods such as popcorns, pretzels and potato chips.

How to stop cravings

There are several ways you can use to do away with the intense cravings during pregnancy. These methods include healthier ways of satisfying your urges, using supplements and drugs.

The food aversions, on the other hand, have no known solution. If, however, you have become averse to the smell of important medications, your doctor may need to switch them with a flavor that you like.

When the cravings you have are from the deficiency from some nutrients, you can give your body supplements for the deficiencies in question.

Rather than grabbing a bag of chips to satisfy your craving, understand the details of your cravings. You can easily tell whether what you crave for is the salt, the fat or another thing in the chips.

If you can not accurately determine the nutrients needed, you can consult a doctor about it.

The need to use supplements rather than giving in to your cravings comes around since the actual desires you may have could have a negative effect on the pregnancy.

Eating too much fat, sugar, salt or -in the case of pica- non-food items can create undesirable conditions for the pregnancy. It becomes more serious when you already have a health condition such as diabetes or hypertension since the foods craved make the conditions worse.

For most women, it may become an issue to simply ignore the cravings or know what they mean. For such a case, you may need to find an alternative that is healthy.

While the alternative may not taste exactly similar to the actual food craved for, it will fulfil the cravings.

The best alternatives for each craving include:

Many other healthy solutions can be used if you know what you are looking for in each case.

If the above methods fail or are not available readily, you can resort to some drugs whose purpose is to fulfill the deficiency from a given nutrient.

The same drugs can be used to treat nausea and vomiting especially when in extreme conditions. These drugs should only be used with the express directions of a doctor.