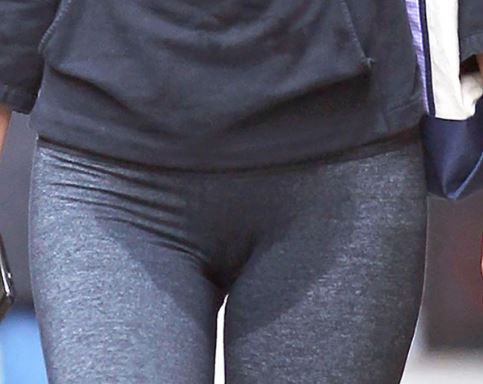 Sweating is a normal aspect of life especially with physical exertion. It is a way of getting rid of waste as well as cooling the body.

The bikini area is usually warm and can start to sweat with minor physical activity. But excessive sweating in groin area of females can bring about infections as well as a bad odor like that of ammonia.

In short, having a sweaty vagina can be very uncomfortable. If you are a victim of crotch sweat, here are the causes, how to stop it, and how to prevent crotch sweating and odor.

Why does my vagina smell sweaty?

Most women who suffer from a sweaty vagina will wonder why it is so. While it is normal to experience crotch sweat while working out or doing some other physical activities, having a sweaty vagina just because the weather outside is hot or other conditions are prevailing is not to be taken for granted. Some of the most common causes of a sweaty vagina include;

Vaginal yeast is also known as vulvovaginitis, yeast vaginitis or candidal vaginitis and is caused by various types of candida yeast the most common of which is Candida albicans.

While the symptoms of a yeast infection are easy to identify, they only appear when the amount of yeast in the genitals increases in amount relative to the healthy bacteria.

Otherwise, yeast can exist in the vaginal cavity without causing any problem. It is estimated that between 20 to 50 percent of women have yeast but without any issues.

When the balance between the yeast and bacteria is disturbed in favor of the yeast, the yeast will grow to lead to the expression of the symptoms.

Yeast infections are not considered to be sexually transmitted diseases since even those who are not sexually active can have the infections. However, it can be transmitted through unprotected sex.

For the balance between the yeast and bacteria to be altered in the favor of the yeast, there are certain causes which reduce the immunity of the body or kill healthy bacteria including;

Some of the symptoms of a yeast infection include;

These symptoms combine to create a warm and sweaty vagina which is very uncomfortable.

When you take some medications, there are side effects which can lead to crotch sweat. Drug side effects are likely to occur when you start taking a new drug, stop taking a drug you’ve been taking or when you decrease or increase the dosage of a given drug. The most common side effects noted with medications include the following;

Due to such infections, you may have a case of a sweaty vagina which is quite uncomfortable. Some drugs such as antibiotics and steroids may also lead to the growth of yeast in the vaginal area. One of the symptoms of a yeast infection is a sweaty and swollen vagina.

Hyperhidrosis is a common disease of the nervous system which causes excessive sweating either on the whole body or in specific parts. Among the most affected areas include;

One common trait of this disease is that it causes one to sweat on both sides of the body. For example, if it affects the palms of the hands, both hands will experience excessive sweating.

While not a likely health risk, excessive sweating when suffering hyperhidrosis can lead to a lot of embarrassment and discomfort. This can reduce the quality of your life immensely especially when it occurs in the crotch.

You may have hyperhidrosis if you are;

You can know when you have hyperhidrosis by observing some common aspects of life including the following;

Even if the sweating does not have dire medical consequences, you need to see a doctor about it.

Your sweaty vagina may be caused by cervicitis which is an inflammation of the cervix. While it may not express any symptoms, cervicitis may be accompanied by vaginal discharges and bleeding even when the periods are not present.

Most cases of cervicitis are caused by sexually transmitted diseases such as gonorrhea. To treat this disease, therefore, you need to have the underlying problem treated.

Other causes of cervicitis include;

Among the symptoms of cervicitis include;

Can you prevent vaginal sweating at the gym?

When working out, it is impossible not to sweat given that that is the essence of exercising. Thus, having a sweaty vagina when working out is a normal occurrence.

However, what you do after the sweating determines whether your vagina will be smelly or not. To keep yourself from excessive sweating and a smelly vagina when working out, do the following;

The focus is on avoiding to clog up the crotch area and cleaning it up as soon as any sweat is soaked up.

How to stop vaginal sweating

You can stop excessive vaginal sweating by focusing on a few routine activities such as:

The need to use home remedies to treat crotch is necessary as some drugs have undesirable side effects. Some of the most common home remedies for crotch sweat include;

Having a sweaty vagina should not limit your life in any way since there are many types of medicines to deal with it. Besides the medicines that shall be prescribed by a doctor, you can employ the home remedies explained here for the same results. As it is with most medical conditions, preventing the occurrence of the issue is far easier than the treatment.