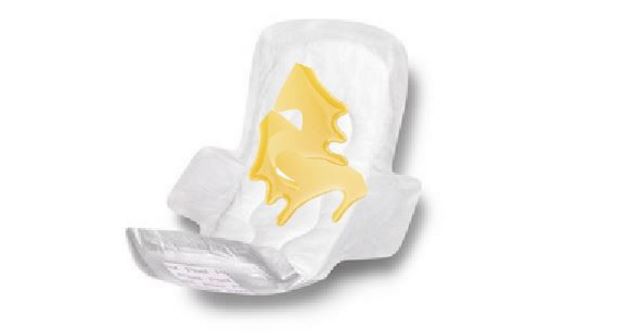 Vaginal discharge can vary in color, odor and texture depending on your reproductive health. In most cases, it is telling you a lot about your health status.

A light yellow fluid can start early in pregnancy or even in the third trimester. When it is greenish, you are likely to have an infection. But what does an odorless thick yellow-brown mucus in pregnancy indicate?

The answer to this question is that it is not normal to have a slight yellow discharge during early pregnancy.

Even when you are not pregnant, it is also not a normal observation. This is because, while all other colors of the vaginal mucus may be simple processes of the body, a yellow fluid points to an infection or the side effects of a drug you may be taking.

Other discharge colors such as white, cloudy, brown pink and reddish pink can all be normal before, during and after pregnancy. A yellow one, on the other hand, will be most likely a sign that something is wrong.

It is especially problematic when you are pregnant given that most problems of the female reproductive system pose a real danger to your pregnancy.

This is because most problems such as infections can easily develop and affect the growing fetus leading to miscarriage, premature birth and other such issues.

Therefore, this symptom warrants a visit to the doctor no matter what trimester of the pregnancy you are in.

The normal vaginal fluid at any time is a clear to mildly white discharge. However, when it turns yellow or brown in color, it is a sign of an underlying issue that will need the skills of a medical doctor to pinpoint it.

When you are pregnant and you notice this change, the need to visit a doctor becomes a matter of urgency. Among the most common causes of a yellow discharge during pregnancy are:

Leukorrhea is an odorless (or with a mild odor) and mildly yellow discharge in color. It is a harmless discharge that will be made up of a mixture of normal vaginal bacteria, old cells and other secretions from the cervix and vagina.

These secretions can be leftovers from the time before you became pregnant. However, due to the increase in the estrogen hormone levels in the body (due to the pregnancy), the discharges would be more.

In such a case, you would have nothing to worry about unless the amount of the discharge is high or it is accompanied by some pain.

Most women have a given amount of yeast which is healthy in nature. This amount of yeast is kept in check by the acid that is released by the lactobacillus bacteria found in the vagina.

When there occurs an imbalance in the yeast and the bacteria with the yeast increasing in population, the symptoms of a yeast infection will be observed.

The conditions which can cause a reduction in the bacteria and increase in yeast include;

One common symptom of yeast infections is a yellow discharge which can occur whether one is pregnant or not. Other symptoms of a yeast infection include:

Bacterial vaginosis is a condition in which the normal bacteria in the vagina overgrow so much that they cause visible symptoms and the inflammation of the vagina.

Although the specific causes of bacterial vaginosis ate not known, the most likely causes are;

Some sexually transmitted diseases such as gonorrhea, trichomoniasis and chlamydia are known to cause a yellow discharge no matter the stage of the menstrual cycle.

Some of the most common symptoms of sexually transmitted diseases are discharges of different colors. A yellow discharge can thus be a result of some STDs which need to be checked by a doctor.

Besides the discharge, the most common symptoms of a sexually transmitted disease include the following;

Although most STDs share symptoms, your doctor will be able to piece together the various symptoms to identify what disease it exactly is. Some common STDs include;

Any one or several of these diseases is dangerous to your health as the mother and to your child. Once the cause of the yellow vaginal fluid during pregnancy is established, have it treated as soon as possible.

When you have a yellow discharge while pregnant, it can mean many different things the most likely of which are an infection or leukorrhea. To know the exact meaning of each cause of the discharge, here are a few pointers.

When the discharge you have has a yellow color but without any odor, it most likely is leukorrhea. Leukorrhea is often a normal discharge as it presents no threat to you or the baby.

The causes of this discharge are normal bodily sections that mix with dead cells to have a yellow tinge to the discharge.

One of the main causes of leukorrhea is the presence and absence of the hormone estrogen. When estrogen levels go up, the amount of the yellow discharge is likely to go up.

While leukorrhea can occur on its own, its color and smell may be influenced by prevailing conditions such as infections and other conditions affecting the female reproductive system.

The amount of discharge when you have leukorrhea is also varied depending on the stage of the pregnancy and the other conditions that affect it. Since it is majorly caused by the estrogen hormone levels, it will also vary as per the estrogen levels.

2. Light yellow mucus, is it a yeast infection?

During this early stages, it can be hard to pinpoint the symptoms of a yeast infection (or any other infection). However, with time, you can see the other symptoms of the disease.

If the thin yellow mucus goes away after a while it may not be an issue to be concerned with. However, if it increases in amount or is coupled with a foul odor, then you need to get checked by your doctor.

This is because, during your pregnancy, a lot of changes will be taking place in your body. You might notice some changes that may not be anything to worry about. It is thus advisable to always ask your doctor each time you notice anything strange.

A green yellow discharge during pregnancy, especially that which has a foul smell and is accompanied by some itching, is often a sign that you have an infection. During your pregnancy, one of the most common infections is yeast.

Given that yeast is already present in about 50 percent of women, it is easy for it to grow out of hand to lead to pain and discomfort.

This can occur when the balance between the healthy bacteria and the yeast is upset by medications, a compromised immune system, or introduction of more yeast into the genital area through sexual intercourse.

A yeast infection needs to be treated as fast as possible since it can have dire medical consequences on you and the baby if left untreated.

A yellow brown vaginal discharge during pregnancy can be caused by various aspects some of which are normal while others are not.

For example, you may have the yellow brown discharge if you had sex that was rough. This is referred to as postcoital bleeding and it is nothing to worry about.

Also, given the increased sensitivity of the reproductive organs during this period, any disturbance to the pelvic area may lead to light spotting.

When it is thick, it is a definite sign of an infection. This is further verified when there is the existence of a foul smell that comes with the infection.

The most common causes of a thick yellowish discharge are;

All these diseases will require the skills of a doctor to deal with them.

In the 3rd trimester

If a yellow discharge occurs in the 3rd trimester of your pregnancy, you need to establish exactly what it is to know your next step.

he third trimester of your pregnancy is a time when the body is preparing itself for the birth of your child. One of the most common signs in this stage is the increase in the amount of discharge that you will have.

If the yellow discharge does not have a smell to it and is in small amounts, you have nothing to worry about. But, when it is in large amounts, has a foul smell to it and is accompanied by some itching, pain or any other form of discomfort, you need it checked as soon as possible.

While the third trimester has considerably more discharge than the other trimesters of your pregnancy, it should not be so much as to make you uncomfortable. Simply put, do not assume everything you would be experiencing is due to your pregnancy.

How to get rid of yellow discharge

A yellow cervical mucus, whether healthy or not, should be dealt with as soon as possible. Some of the most common treatment methods available for the yellow discharge include;

What to do at home (home remedies)

You can also use some home remedies to deal with the yellow discharge during pregnancy. Some of the best home remedies for this case include;

Apple cider vinegar is acidic in nature. This acidity ensures that the pH of the vaginal area is changed in the favor of the healthy bacteria. This acidity also does away with the bad odor that comes out of the vagina each time you have an infection. It is thus a natural antiseptic when used correctly.

Owing to the high amounts of vitamin A and C in bananas, it is used to clean the bodily fluids such as the vaginal discharges. For this remedy, you will need ripe bananas.

Cranberries have many medical uses including being antioxidants besides having antifungal and antibiotic properties. For this reason, they are used to get rid of most infections such as yeast.

For this remedy, you will need;

For leukorrhea, pomegranate juice is the best solution since it specifically targets this symptom when you are expectant.

While some cases of the yellow discharge during pregnancy may not warrant seeing a doctor, the following scenarios require that you see a doctor.

The doctor will gather any other symptoms to ascertain whether the cause of the discharge. If medications are required, they will be prescribed for you.