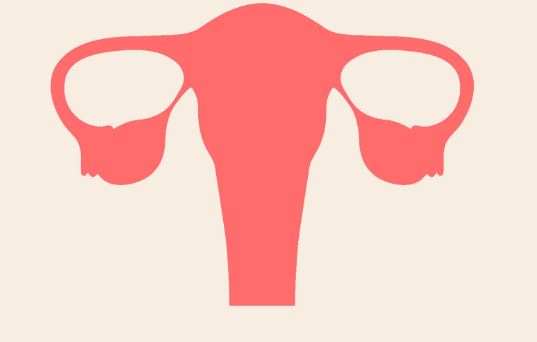 The uterus is one of the most important organs in a woman’s body. When not pregnant, the normal size of uterus happens to be similar to that of an averaged sized avocado.

But, keep in mind that it is capable of holding a baby for a period of nine months, constantly expanding from the onset of a pregnancy to delivery.

What is the normal size of a uterus?

The usual normal size of a uterus is about seven centimeters long and four centimeters thick (wide). For the size of to be determined, three dimensions have to be considered:

Often, the hormonal conditions and current age of a woman will influence the size of her uterus. Prior to attaining puberty, many girls will have a uterus that is 3.5 cm x 1 cm (length and anteroposterior diameter respectively).

After puberty, there are likely to be hormonal changes taking place in her body, at which point her uterus will become pear shaped. At this time, the uterine size will be approximately 7.6cm x 4.5cm x 3cm (these figures represent the length, width, and thickness of the uterus).

With time, the volume is bound to keep changing depending on her menstrual cycle, and it may therefore range between 75cc and 200cc.

What is the normal uterine size in mm?

Generally speaking, the standard measurements should be around the size of her fist, and it should weigh between 100 and 200 grams. When you become pregnant, the uterus is forced to undergo drastic change so that it can accommodate the growing baby.

How big is the uterus?

The uterus is made up of two very distinct anatomical parts. There is the endometrium and the myometrium. The former is the innermost part of her uterus, which also contains the lining that is responsible for accepting nutrients and nourishing the fetus throughout the pregnancy process. The cavity lining will normally change with each monthly cycle, as a response to the hormones that are produced by the ovaries: progesterone and estrogen.

As you begin your monthly cycle, the estrogen levels will increase, and this will cause the endometrial lining to start thickening as it prepares for the arrival of the fertilized egg.

In case no fertilized egg gets detected, the estrogen hormone levels will drop, and this lining will eventually slough off. It is what is known as the menstrual cycle, and which occurs after every twenty-eight days, and goes on for between three and seven days.

Endometrial lining thickness can normally be affected by conditions such as:

The myometrium, on the other hand, is the smooth layer of the uterus. It is the part where all the contractions take place when giving birth (labor), and is also the place where the fibroids begin to develop.

SEE ALSO: Why do I have large blood clots during period?

When pregnant for weeks

Many women often have questions on how their bodies change when they are pregnant. As mentioned earlier, the size of the uterus grows exponentially when pregnant. Before pregnancy, the uterus can be found deep inside the pelvis.

At around twelve weeks, a uterus will normally compre to the size of a grapefruit.

It is around this time when it starts to grow out of the pelvic region, even though it still fits inside it.

For a woman who may be carrying multiples or twins, her uterus will begin to grow and stretch much sooner, and the OB/GYN may be able to feel it by simply touching the belly.

In the second trimester, the uterine volume will grow to mimic that of a fully grown papaya. At this point in time, it will no longer be able to fit inside the pelvis. Instead, it will be located midway between the breasts and the navel region.

As it grows, it will start pushing organs out from their normal locations and placing tension on the surrounding ligaments and muscles. The tension exerted by the uterus will most likely start to cause pains and aches all over the body, which is completely normal.

Due to the pressure from the uterus, the navel may begin to stick out, but this is nothing to worry about as it should return back to normal after you have given birth and with the help of good postpartum girdles.

During this phase, your uterus will stop growing and will be the size of a watermelon. At this time, the uterus will have extended from the pubic bone to the area close to your rib cage.

This means that you will have reached your full term, and as you get ready to give birth, the baby will start dropping lower towards your pelvis area.

Once you have given birth, the uterus will slowly start to go back to its regular size and position. This deflation of the uterus is known as involution, and it normally takes about six weeks for it to be fully completed.

Why do I have an enlarged uterus?

Pregnancy is a common physiological cause, which causes the uterus to increase in size. On the other hand, metastases and uterine cancer are malignant factors. Gynecological factors include adenomyosis and uterine fibroids.

According to WebMD, uterine fibroids affect about seventy percent of all women who are above the age of forty-five years. Uterine fibroids are also known as leiomyoma’s and often come about due to the proliferation of the smooth muscle cells. The fibroids are benign and can be located in any part of the uterus. They have been known to cause:

When your endometrial tissue lining implants itself on the uterine wall, the condition is known as adenomyosis. It ends up causing a uniformly enlarged uterus. It is a condition, which can be seen in about twenty percent of all women, and which leads to painful sex and irregular periods.

This is another condition where the uterus becomes enlarged. Uterine cancer can either be sarcoma or carcinoma and has been seen to affect ten percent of all women. The condition causes:

Uterine shrinking is another condition where the normal size of the organ starts to change, and it can be brought about by:

Growth in your muscle walls will lead to the decrease in size of your lumen, and this will result in the uterus having a decreased volume. For women with this condition, their uteruses tend to become smaller, and the size is therefore affected adversely.

The age of a woman has the potential to affect the size of the woman’s uterus. For women in their menopause phase, their hormone levels will have decreased significantly, and this will cause the normal size of their uterus to start shrinking.

The uterus can be found in the area between the rectum and the urinary bladder. Even though it is a midline structure, it is not uncommon to find lateral deviations of a uterus.

The broad ligament will be the ones extending from the uterus in a lateral direction towards to the sides of the pelvic walls.

Fallopian tubes and vessels are contained here. Uterosacral ligaments are in charge of ensuring that the uterus remains in the anterior position. After menopause, the endometrium atrophies together with the uterus will start to decrease in size.

The ovaries will be undergoing involution, which means that the estrogen hormone being produced will also be greatly reduced.

It is what leads to the involution of the endometrium. An ultrasound is required to determine the size of the uterus after menopause.

Retroverted uterus is the name that is given to the uterus, which has tilted backwards inside the woman’s pelvis. Traditionally, the woman is born with a uterus located in an up and down position within the pelvis, or with the uterus tipping forward slightly facing the stomach.

But, there are women who have uteruses, which happen to be tilting backwards, facing their spines. The condition, also known as a tipped uterus has been seen to affect twenty percent of women across the globe. The condition is not normally associated with any health complications.

What causes a retroverted uterus?

For most women with this condition, their causes can be attributed to genetic conditions. It is common to find women born with a tipped uterus. However, there are a few factors, which may lead to the uterus becoming retroverted. They include:

Symptoms of a retroverted uterus

In most cases, a woman suffering from this condition will not experience any kind of symptom. However, in the event that symptoms start to manifest, the most common will be:

How long for uterus to return to normal size

Having delivered a baby, it is only fair for you to start wondering when you will start losing the extra weight that was gained during your pregnancy, more so around the stomach area. Given that it took nine months for your body to gain weight, you should have realistic expectations on the length of time that it will take you to lose that stomach. But, with regular exercise routines and a healthy diet, it should not be too long for you to regain your pre-baby body.

When it comes to timeframe related matters, this will be dependent on a number of issues. E.g.

Of course you are going to shed some weight after giving birth. For this, you will need to subtract the weight of the baby, that of the amniotic fluid, and that of the placenta. With all this subtracted, you will find that you will have lost about 12lb, and there is a possibility that you may lose additional pounds after subtracting the weight of the water.

What does abnormal size imply?

Even though the uterus is made from elastic tissues, it has a limit as to how far it can expand. For a woman who has never been pregnant before, the uterus should not expand beyond the traditional dimensions. When you find that your uterus is expanding considerably, it could mean that you are suffering from fibroids or cysts.

Should the abnormal size be a source for concern?

Regardless of whether the current size of your uterus is causing you pain or not, there is a need to be concerned with the condition. Firstly, most uterus abnormality cases can only be detected through the use of a sonogram. As such, it becomes hard to diagnose abnormal uterine sizes in advance, and this is why many women get the condition diagnosed when the abnormality has become advanced.

Medical tests are needed to establish whether a woman has an abnormal uterus. Many women therefore end up being caught unawares, and this has the potential to compound the problem even further. It can become riskier if the uterus size abnormality has been caused by a malignant tumor.